If you haven’t figured it out, I hold AIC in a regard unlike many other companies. This purchase by Oizumi is one that really, as both a fan and a journalist, has me scared shitless. And I’m not afraid to admit it. AIC has been there since before I got started and, even now, they’re doing what they do best: making great anime. To think that in the very near future we may very well be without the company that gave the world Bubblegum Crisis, Tenchi, and Bastard!!, well… I just don’t want to think about it.


AIC is an institution in the anime industry, much like Toei, Bandai (both Sunrise and Visual), and  Tatsunoko are. You may not always like what comes out of the companies, but everyone has a favorite, and nobody wants to imagine a world without them. Mine happens to be AIC – a company whose works I latched on to from an early age. Through my early fan years, titles like Tenchi, Burn Up!, and Oh My Goddess! captured my imagination, and ensured that I’d be a life-long fan. Shows like Now and Then, Here and There, Dual!, and GunXSword kept drawing me to the company, and occasional obscure gems like Nightwalker and Battle Athletes made me glad that I followed AIC so closely.

If you asked anybody two weeks ago if AIC was in trouble, few would even think of the possibility. The company posted $300,000 in profits last year and, while the margin is slim, it was a good sign that things are going at least decently for the company. But Monday came, and now AIC is part of a pachinko machine maker. It’s the only real thing that’s been on my mind in regards to anime since, well… I know this is probably the beginning of the end for AIC. Sure, they’ll keep making shows for a couple of years, which will be nice. People will forget that it even happened, I bet. However, the corporate masters will probably be keeping very tight reins on the purse-strings, which will lead to lower investment in their titles, which will lead to lower quality shows across the board. Of course, this will create the Ouroboros – what I mean is that the lower profits will then lead to even less investment going forward, which leads to even lower quality shows, which leads to lower performance, and so on, and so on.
Mind, dear reader, that this is entirely speculative. However, I have my sincere doubts that Oizumi has anything other than AIC’s cherished licenses in mind with this purchase. Bubblegum Crisis, Tenchi, Sol Bianca, El Hazard – all of them are Oizumi’s now, to plaster on those ugly, disgusting fucking machines. There’s no reason to invest in making new anime when, really, the company’s properties are worth their weight in gold. There’s far more money to be had slapping character images on noisy, annoying machines than there is making anime shows. And really, why animate for TV when a twenty to thirty second loop is all that’s needed for a machine’s attract mode?

Before we know it, the day will come when titles we revere as establishments in fandom are nothing more than mere jokes. Curiosities plastered on those goddamn pachinko machines. And AIC will be just another one of “those companies” – the ones that just up and disappeared, though nobody really knows (or just cares) why. It is with great sadness that I have to say this out loud, but we can’t keep pussyfooting around the issue.
AIC is dying. They will be degraded to something less than respectable before you know it. Do everyone a favor, and try to keep the memory of their glory alive. They’ve contributed much to anime, and should not be discarded like yesterday’s trash.
Farewell AIC, and thanks for the memories. You will be missed. 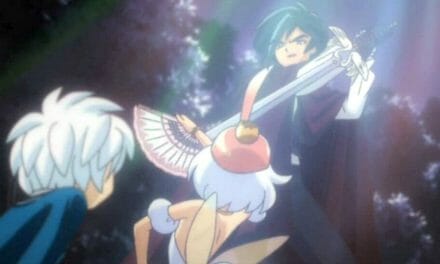 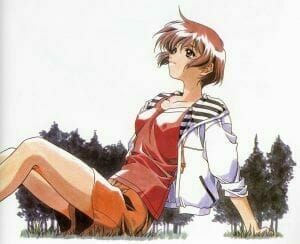