Tags: adventure, new, shopping
I’m always known as the risk taker of my circle of friends. That, or as some say, I’m the canary in the mineshaft. I’m the type of person that’ll watch nearly anything, even if I have no idea as to what I’m getting into. Most of my closer buddies tend to stick with the established franchises, and rarely branch out until they’re prodded endlessly about a particular title. I can understand a lot of the pensive attitude toward rushing into unknown territory. Even now, anime can be expensive, and there’s a 50/50 chance of ending up with an absolute stinker like Geneshaft, or Magikano.
However, there’s also the chance that you could end up with a title that really catches you by surprise and refuses to let you go. Case in point, I recently mixed a couple of blind buys into my last order. Specifically, 009-1, Peach Girl, and Nerima Daikon Brothers were popped in as impulse buys. And by blind, I mean blind, as in “I’ve heard the name, but I’ve not heard of much else.” Nerima Daikon arrived first, which I jumped into today with great caution. I had heard it was “weird” from a few people, but nobody really liked to give specifics. So, really, it blew me away when I popped it in today only to be met with an absolutely charming musical that was clearly based heavily on The Blues Brothers. The tunes are catchy and the humor is absolutely spot-on. I couldn’t help feeling like I found some hidden treasure – some rare gem that got thrown in the dumpster on trash day.
What I’m getting at is, well, it’s good to take that chance sometimes. If you’re on the fence for a show, by all means go for it! Sure, things can turn out poorly. But at the the same time, the long shot can also provide an emormous pay off with interest. There’s always the possibility that you’ll end up with some absolutely amazing stuff – shows that you’ll treasure for many years to come. It’s how I found a number of my all-time favorites like Haunted Junction, Eat-Man ’98, Don’t Leave Me Alone Daisy, and Saber Marionette J.
Don’t be afraid to gamble a little. While the safe bet is consistent, nothing beats the thrill of finding a new favorite on the roll of the dice. 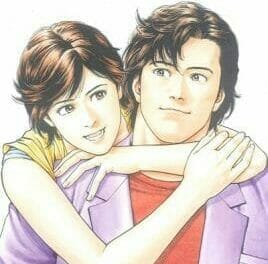