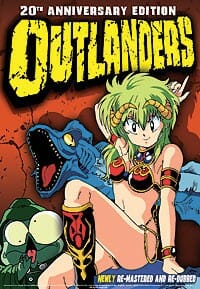 If you want to see the cheesy part of '80s anime, look no further.

The 1980s stand out as a major cultural era for many people. Bell-bottoms were traded in for pre-ripped jeans, rock and roll gave way to synthesized pop, and Nintendo saved a devistated video game industry with the Nintendo Entertainment System. For anime fans, however, the 1980s are referred to as the “golden era.” It was a period where budgets didn’t matter, cel caps were nonexistent, and many of the most popular anime franchises were created. However, for every City Hunter and Dirty Pair, there was a smaller fan-favorite that became apples in the eyes of the growing American fanbase. Some were favored for astounding quality, while others are revered today as they’re viewed through rose-colored lenses. The latter breed, while amusing, tend to fall short in one of several aspects. Such is the fate of Outlanders: a charming film that falls just short of expectations.
Seasoned fans will likely have that unshakeable feeling of deja vú creeping in as they watch. After the first five minutes, one could probably draw comparisons to fan-favorite Urusei Yatsura. In short, a sexy, green-haired invader falls for a local pervert. Hilarity ensues. On a more complicated level, the film is a romantic action-comedy that centers around alien princess Kahm and perverted earthling Tetsuya. Kahm has come to earth in an apparent act of war, leaving a path of destruction in her wake. Tetsuya, a reporter covering the alien attack, inadvertently defeats the warrior princess in battle. Predictably enough, Kahm takes poor Tetsuya as her fiancee, in some fuzzy plot about marrying to save the inhabitants of Earth. Kahm’s father obviously doesn’t approve (or there would be no plot to work around), and there’s some odd political intrigue that’s never explored, as well as a fairly forgettable side-story between Kahm’s friend and her half-canine boy toy, but they’re all pushed aside to ensure that Tetsuya’s quest for nookie goes uninterrupted.

So, the plot’s paper-thin. If American sitcoms have proven anything, even a piece entirely lacking in plot can be entertaining if it is executed properly. However, the good folks at Tatsunoko seem to have approached the title with the grace of a pack of angry elephants. The secondary characters introduced rarely have a backstory, or motivation for that matter. They all exist to serve or oppose the protagonists. The plot advances with the pace of a child with attention deficit disorder as it jumps haphazardly from scene to scene. The result is jarring, and often ruins the impact of the film’s more emotional scenes. Without the dramatic muscle, and the white-knuckle action, the film is forced to rely on humor. Fortunately, most of the jokes hit the mark and help to save an otherwise mediocre film.
As disappointing as the main feature was, viewers can at least expect a bit of that sweet, sweet 1980s-grade eye candy. Character designs for the major players bear an uncanny resemblance to those of Rumiko Takahashi’s Urusei Yatsura. The green-haired, horned invader girl and poofy-haired everyman both show up to fill their surprisingly non-copyright infringing roles. The minor characters are far more interesting, with designs that fit the otherworldly theme. Catgirls, lupines, and a unique breed of space kappa are among the secondary galactic residents. Though the character designs are generic at best, one can only marvel at Outlanders’ breathtaking animation. Cel counts and budget limits are seemingly ignored, as the film takes on a clean, fluid motion that has yet to be matched by computer-aided animation.
While Outlanders puts on a semi-decent show, it seems that the fanbase talked the feature up to heights that the film

simply could simply never achieve. On its own, Outlanders stands as a fun waste of an hour. It’s nowhere near horrible, but not great, either. However, those that grew up with the film may beg to differ. First-time viewers should be warned to take the rants of the original fans with a grain of salt, as Outlanders’s quality is nowhere close to the lofty pedestal the fanbase has placed it on.
Outlanders was released in America by Central Park Media.
The film can be purchased at Right Stuf. 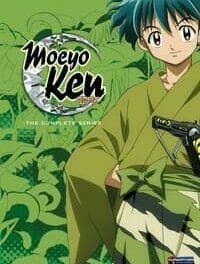