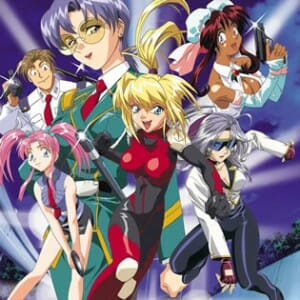 2010
In Japan: The Ogasawara Islands Coast Guard reported that Yoshinobu Nishizaki passed away after falling from a boat. He was 75.
Nishizaki was aboard the research boat Yamato, which was anchored in Futami Harbor. Guard Ship Southern Cross responded to a distress call, and brought Nishizaki into its onboard hospital, where he was pronounced dead. According to the announcement, he was wearing a wetsuit to go swimming when he fell from the vessel and drowned.
Nishizaki was the producer for last year’s film, Space Battleship Yamato Resurrection, which was the first entry to the series in twenty six years. In addition, Nishizaki was credted as a co-creator of this year’s live-action Yamato film, which opens in Japan next month.
2005
In North America: The Associated Press reported that, beginning in January 2006, a number of North American news papers would begin running manga-styled comic strips. The move was reported as an attempt to lure younger readers, and would debut with syndications of Van Von Hunter and Peach Fuzz. Quoted papers included the Los Angeles Times, Denver Post, Vancouver Sun and Seattle Post-Intelligencer.
In North America: TOKYOPOP licensed the Love Hina novels for western release. They scheduled the first volume for an April 11, 2006 release.
In Japan: Singer and musician Minako Honda passed away due to complications related to acute myelogenous leukemia. She was 38 years old. Honda was best known for her theater roles, which included lead parts in Les Miserables, Fiddler on the Roof, Miss Saigon, and others. Anime fans would best know her for her theme song contributions to Ashita No Nadja, Hunter X Hunter and the second season of Magic Knight Rayearth.
In Japan: The Gundam Generating Futures art exhibit opened the day before to giant crowds at Tokyo’s Ueno Royal Museum. The exhibition centered around young artists’ Gundam-themed works, and included paintings, sculptures, and manga among other exhibits. The biggest attraction was a full-scae replica of the core fighter.
2000
In America: Israeli Uri Geller filed suit against Nintendo for their Kadabra character. Geller alleged that the character, named Yun Geller in Japan, debased his name and image by portraying the character as a villain.
In America: ADV Films gave the first mention of a release for Burn Up! Excess by placing a trailer for the show on Lost Universe volume 3. The series was announced a year before at Anime Expo, but information quickly became scarce.
In America: The US-Japan Expo announced that they would be held at the Los Angeles Convention Center from November 17-19. The expo boasted that Bandai would host a Gundam Wing Plaza, which would feature Gundam model workshops, a video games area, and screenings of Bandai Entertainment shows. Nintendo revealed that they would be on-site to promote their upcoming Pokemon Gold and Silver games.
In Japan: Sega announced that they would release a limited edition of the Ah! My Goddess Dreamcast game. The game, which was set to release on November 30, included a stamp set, figures, stickers, and a second disc that included music tracks and a trailer for the Ah! My Goddess movie.
1995
In America: Sailor Moon R’s Huge Shock for Usagi! Mamoru Declares a Breakup hit US airwaves courtesy of DiC. The episode was the 55th dubbed and edited episode, and was re-titled The Cosmetic Caper.