This Day in Anime History: December 4 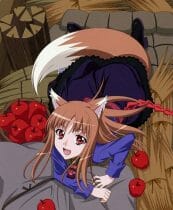 ASCII Media Works’ email newsletter, Dengeki Bunko Bootleg, announced that the final volume of Spice and Wolf will ship on February 10, 2011. The announcement confirms a revelation in the 15th volume that Spice and Wolf’s story would enter its final arc. The series’s website didn’t rule out future short stories in the franchise.

2005
In Japan: Several new anime titles were announced for the upcoming Spring ’06 season. The following titles were announced to air:
In America: The Official Robotech Website listed the first part of a two-part interview with Mari Iijima. The interview was originally posted as part of a promotion for ADV Films’s re-release of the original Robotech series on DVD.
In America: The 38th issue of Newtype USA hit newsstands around this period. The issue featured Gundam SEED Destiny on the cover, and contained a holiday gift guide. The DVD featured episodes from Princess Tutu, Captain Tylor, and Hakugei. The manga chapter was from Evangelion: Angelic Days.

2000
In America: AnimEigo announced that preorders for the Macross DVD set reached 8,398 pre-orders. Because of the high number of buyers, the set would be sold at $250.
In Japan: Avex officially launched their “I.avexnet” service on i-Mode. The service, which cost 200 yen per month, featured news from the label, as well as the ability to download music to the user’s phone.
In Japan: Avex announced that they would release The Sakura Taisen Teikoku Kagekidan Super Live DVD on December 27. The 70-minute DVD featured 11 songs and footage from the live performance in that year’s Avex Summer Paradise concert series.

1995
In America: The December issue of Animerica hit at roughly this time. The cover featurd Sailor Moon, and featured an article tracing anime from 1985 to 1995.