In America: Publishers Weekly’s Beat Blog revealed that American manga publisher TOKYOPOP laid off eight staffers. The news was confirmed by TOKYOPOP marketing director Marc Pavia, who acknowledged that the company would have to space out its upcoming releases for several titles. The announcement came after the company restructured in June, which led to layoffs of 39 employees. 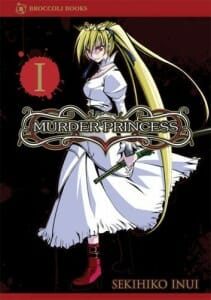 In America: Broccoli Books announced that they acquired three new manga titles. Coyote Ragtime Show, Murder Princess, and My Dearest Devil Princess were revealed as the latest titles of the company’s growing manga lineup. Murder Princess hit stores first, with a March 2007 debut, and the other two titles followed with Summer 2007 releases.

In Japan: The newest issue of Newtype revealed that Sunrise was working on a new robot action anime. Zegapain featured 3D CG robots, and was directed by Masami Shimoda.

In Japan: ANN reported that illustrator and model designer Shigeru Komatsuzaki passed away due to heart failure on December 7. he was 86.
In Japan: Koei announced that their visual novel Angelique would receive an anime TV series in 2006.
In America: Tristar Pictures announced that the theatrical adaptation of Osamu Tezuka’s Metropolis would open in America on January 25, 2002. The film opened in New York and Los Angeles 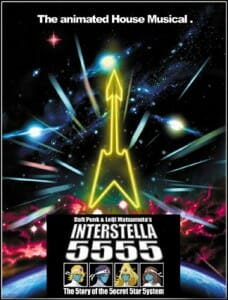 In Japan: Fanboy Entertainment’s Tokyo office announced that Leiji Matsumoto would direct, provide designs, and create storyboards for a music video for Daft Punk’s One More Time. This later grew into the full-scale feature Interstella 5555.

In America: Bandai Entertainment announced that they would release five anime titles in the first half of 1999. The following titles were scheduled to be released before Summer: