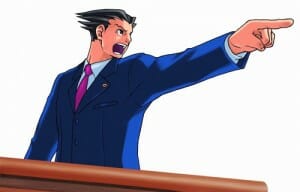 Fans are objecting, with good reason.

As many know by now, the Tokyo General Assembly passed Bill 156, the controversial Youth Ordinance Bill, earlier today. Judging by posts on the social media circuit and various anime forums, people are already up in arms over it. And, frankly, they have some reason to be – this will be a game-changer for a portion of the anime market. However, at the same time, I can’t say that this wasn’t inevitable when it was introduced.

Anyway, to get to the meat of the issue, what is Bill 156? Why is this so important? After all – current laws are already pretty strict. It’s already illegal to rent or sell items that are “sexually stimulating, encourages cruelty, and/or may compel suicide or criminal behavior” to minors. The new bill is a more strict version of this, as it would require regulation of anime, manga, and the nebulous “other images (except real-life photography)” that “unjustifiably glorify or exaggerate” sexual or pseudo-sexual actions. This is especially true in the case of rape, or other “excessively disrupting issues.”
This is accompanied by a self-regulation clause, in which the industry as a whole was urged to carefully regulate titles that are deemed “harmful” going forward, with each title being based on a number of meritable criteria, such as artistic and social importance.
Now, in plain English?
Anime, manga, and that third vague category are going to be heavily regulated. Particularly unsettling or violent titles will not be able to be sold, advertised, or promoted to minors. In addition, the industry is being urged to play watchdog for its own members, by regulating these “harmful” titles, based on a variety of criteria.
On the surface, this seems pretty innocuous. It’s far less strict than the previous bill that was introduced to the assembly. However, to think it’s toothless is pretty silly. This will change things. The limiting of audience will cause many artists, and many animation houses to rethink just what gets animated, and where it’s shown, and how it’ll sell. So, it’s not too absurd to think that we will see a large amount of self-censorship, to ensure that a manga artist’s book can get published in the latest Comic Ace or JUMP, or that the tankoubon don’t wind up wrapped in plastic and plastered with “18 and up” stickers. The same rule applies to animation houses, who will be required to tone down certain shows, or exclude certain content to ensure that the show can air in Tokyo, or be forced to release it as an OVA.
Of course, this could also lead to a few truly interesting side-effects. While, yes, we’ll see manga and anime get toned down as a whole, this Bill doesn’t outright prohibit the sale of these titles outright. So, we may start to see another branch of manga and anime arise – something more intense, more raw than we’ve come to know. On the same token, it’s possible that we may see a revitalized OVA market, as the demand for titles that suddenly can’t be on TV will still exist, and the need will need to be filled somehow.
In the more immediate future, I’m actually curious about the fate of Comiket, which has been held at the Tokyo Big Sight for as long as many fans can remember. There’s no way many of them can operate under the new restrictions being placed, so we may actually see the convention move from its historic site due to the new Bill.  As it is, ten major publishers are already boycotting the Tokyo Anime Fair in protest.
But let’s face it. Titles like One Piece, Bleach, and even Sayonara Zetsubou-sensei won’t be going anywhere fast. And, frankly, we’ve seen Japan get creative in the eyes of censorship already, with hentai. While I’m not pleased with the current situation, I have to admit that this will be an interesting chapter in anime history. 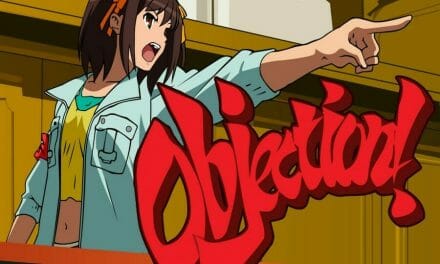