The ’80s were an amazing time for anime. Budgets were high, experimentation was common, and sci-fi shows ruled the airwaves. In that period, Sunrise was seemingly infallible after successes with Gundam and Aura Battler Dunbine. At the same time, a feisty duo in the Crusher Joe movie were making waves among fans and Studio Nue was looking to capitalize on this. In 1985, the Dirty Pair made their official debut on Japanese airwaves, though it’s difficult to say that anybody expected what was to come from them.

In the distant future, man manages to conquer the cosmos. Distant planets and unknown star systems are dotted with signs of human civilization. To keep the peace across the universe, the Worlds Welfare Works Association (WWWA), a for-profit security organization was established. The WWWA dispatches Trouble Consultants, or Tro-Cons to handle all manner of crime that local authorities won’t touch, from interplanetary theft, to fraud, to disposing of sewer monsters.
The concept seems great in theory, doesn’t it?
Unfortunately, things don’t ever work out as planned in reality. Within the WWWA, a team of tro-cons operate in infamy. Kei and Yuri are the Lovely Angels, better known as the Dirty Pair. They’re a deadly and dead-sexy duo known for getting their job done, but only after leaving a path of destruction that spares nobody. However, the duo is always able to find new work, since the damage never seems to be their fault!
Through the show’s first thirteen episodes, the Lovely Angels are sent on a series of missions that range from mundane tasks, to affairs that would make James Bond green with envy. However, despite the changing conditions, nearly every episode boils down to the same basic formula:

On a superficial level, the show’s structure is actually quite similar to City Hunter, another Sunrise title. Still, Despite the familiar skeleton, the writers maanged to work with the formula to create a number of truly fun plots. For example, in episode nine, Kei and Yuri side with opposing families to bring them together in a spaghetti western parody set on a planet packed with cowboys and pimps. The experience really begins to take life when Kei and Yuri are considered. The two, despite being skilled agents, tend to hate each others’ guts. Every episode is peppered with jabs, jeers, and petty criticisms between the two ladies, from Yuri’s sniping at Kei’s masculine tendencies, to Kei poking fun at Yuri’s prissiness and appetite for men. The strength of the leads couples with a stellar secondary cast that bring out the best in the girls, from the always-aggravated Chief Gooley to the Lovely Angels’ prized pet cat… thing, Mughi.
The particular standout episodes for the first half are episode four, “The Chase Smells Like Cheesecake And Death”, and episode eight, “Gotta Do It! Love Is A Woman’s Detonator.” The former stands out due to the absolute absurdity of the situation, that still somehow works while the latter proves that Dirty Pair is more than just explosions, violence, and catfights.

In episode four, the Lovely Angels are assigned to retrieve a sample of an experimental muscle-enhancement serum. The catch to the assignment is that the sample was tested in a finicky cat, who only eats cheesecake. To make the situation worse, the techs are positive that the serum would cause a catastrophic explosion if it were a failure. As Kei and Yuri hunt for the cat, the situation continues to escalate to higher and sillier heights, as a group of mysterious ne’er-do-wells are also after the cat, followed shortly afterwards by a pair of female wrestlers. Through the episode, the Lovely Angels track the feisty feline through a number of unusual locations, from cake stores, to a “hair bank”, to the hotel room of a woefully unlucky newlywed couple. The generally goofy tone of the episode couples with clever writing and brilliant physical comedy to provide one of the strongest episodes in the set.
Episode eight sees Kei and Yuri infiltrating the base of a malevolent military group after Yuri receives a strange transmission from a childhood sweetheart. The goal: to liberate said sweetheart, who was forced into labor to build a warship.The episode has a darker, more sedate tone than the rest of the lot, and places more emphasis on Yuri as a character, than it does the light-hearted “explosions and bitchiness” angle. The sadder end to the episode is a unique turn for the series, that really works in this context.

The fantastic substance of the show is enhanced by an amazing sense of style. The character designs for Kei and Yuri still stand out as iconic figures, from Kei’s fox-cut hairstyle to Yuri’s long, poofy black locks. The duo’s costume designs, outside of the absurd battle gear, are top notch, as they undergo at least a dozen costume changes through the thirteen episodes. The secondary cast is peppered with colorful characters with personality to spare. At the same time though, many of these secondary characters are shameless products of the ’80s and display a number of the quirky stylistic choices, including dated fashions, exaggerated expressions, and unusually poofy hair. Given the age of the show, though, this could be dismissed as a sign of the times. The visual end is solidified with fantastic, fluid animation that stands up to even a number of OVAs released in the same period.
The experience is rounded off by a strong aural presentation. The opening theme, Russian Roulette, and closing, “Uchuu Ren’ai” are both ubiquitous ’80s tracks, with heavy synth beats and a hard-rock edge that is typical of shows from the period. The background music has a surprising range, from bright, brassy tracks, to bouncy electronic beats and the occasional classical strings.
Dirty Pair is more than just a fantastic ’80s show. It’s an excellent show in general, that would be a perfect fit for any fan’s collection. While the visual style is a bit dated, the actual content is still as charming and fun as ever. Fans of action, adventure, or girls running around in tube tops and daisy dukes would be more than pleased with the adventures of the original Girls With Guns.
Dirty Pair is available in America through Nozomi Entertainment.
The series can be purchased at Right Stuf.
Thanks to the folks at Nozomi Entertainment for providing a review copy! 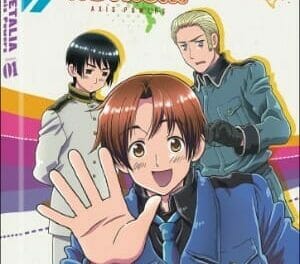 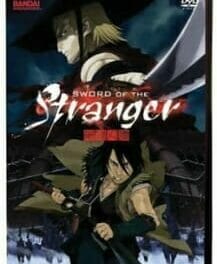