To close off this first year run of Christmas highlights, I’d like to turn to my absolute favorite anime holiday special. You’re Under Arrest’s Santa Claus panic is far from the most touching, or the most meaningful, or even the most logical special out there. However, that doesn’t make it any less fun to watch!

The episode begins simply, as Maho, one of the kids on Miyuki and Natsumi’s beat, sees a truly amazing sight on her way down to the bathroom. It’s Santa! Really, really him! Or not… this particular Kringle is actually a burglar that’s been making his rounds, and he chose poor Maho’s home for his next target. The Christmas creep’s days of crime are numbered once she tells the intrepid traffic officers.
Well… they would be, if another Santa-themed troublemaker wasn’t out playing Christmas Vigilante. The enigmatic Santa Claus Man, a fellow who tries to spread joy through street justice and baseball, decidee to unleash his festive wrath upon those who do ill on the world. So, in addition to catching the thief, Natsumi and Miyuki need to corral the Creep of Justice and secure their own Christmas Eve plans before the big day!

From start to finish, Santa Claus Panic is just a constant series of escalations. The episode could’ve been excellent even if the focus stayed strictly on the main plot. The trials of the girls as they rush to recover stolen goods from the crooked Claus is filled with action and quirky jokes. However, the addition of Strike Man, Santa Man, rather, just puts this over the top. He adds a layer of absurdity that makes this installment fun to watch from the first time to the fiftieth time and beyond. 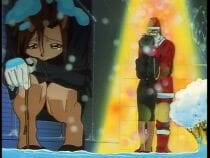 If there were one major gripe, it would be that there are a ton of in-jokes (and not enough Scooter Mama, given that) that drive the installment’s humor. Still, it’s only the eleventh episode of the show, so it’s pretty easy to catch up. 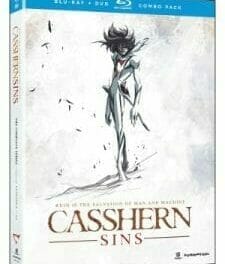 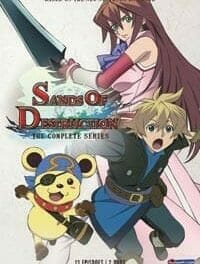