Terrible, Yet Awesome Anime to Enjoy During the Snowstorm

Currently, a major winter storm is ripping through the northeast. I’m snowed in, and it’s pretty much an unofficial snow day for most of the state. So, what’s an anime fan to do in this case? Make it bad movie day, of course! After all, what makes a crummy day go by faster than some of the creepier (in the bad way), yet entertaining anime to hit the airwaves? You, dear reader, will laugh or be entertained while you hate yourself deep down inside. But, at the same time you know you’ll enjoy every minute of it.
Not sure where to start? Look no further. As I gear up for my own bad anime day, I’m pulling out my own terrible-but-great shows. Among my favorite go-to shows for this kind if situation include the following: 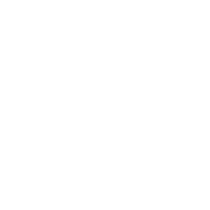 Don’t Leave Me Alone Daisy: One could easily call this “Stalker: The Comedy!” and still be technically accurate. The story begins with a clueless young lady named Hitomi stumbling upon the property of Techno, a someone off-kilter lad who’s lived in a bomb shelter his entire life and believes the apocalypse rained fire upon the planet. He feels a strange tingling in his drawers and instantly falls in love. He gives the girl his own name – Daisy – and proceeds to stalk her in every situation. At school, at home, even in seemingly secluded areas, Techo is there and professing his ownership of poor Daisy, er, Hitomi. Without a doubt, it’s one of the creepiest, most disturbing shows I’ve ever seen. However, it’s also one of the funniest. From the colorful cast to the sheer absurdity of Techno’s schemes, it’s hard to take anything seriously. Even Techno, as a remoreless, somewhat crazy stalker somehow manages to be endearing in some respects. Even if I hated the show, I’d have to give some respect to the fact that the creator was able to make a stalker charming.
Golden Boy: Let’s not kid ourselves. Golden Boy is terrible. A show about a wandering genius (that mastered the Tokyo U curriculum – all of it with a toilet fetish that solves sexy girls’ problems is right up there with The Rapeman in terms of creep factor. The plots are weak, and the writing borders on “stuff scrawled on a cocktail napkin.” Still, the show’s quirky sense of humor, and over-the-top visual gags are too fun to pass up.

Green Green: Green Green is one of those shows that would be woefully bad if not for the secondary cast. Frankly, the major players have the personality of bricks, and the story itself is beyond stupid. However, the Baka Trio really make this one fun. Yes, they’re creepy. Tenjin wants one of the female characters to call him “big brother” and sleep next to him as he smells her hair, and Bacchi-Guu, a fat, bespectacled bastard, is seen in an early episode getting his nipples painted, for chrissakes! However, they’re also tons of fun to watch as they repeatedly strike out with the ladies and end up in all sorts of pain and punishment. It’s not a show I’ll praise outright, but I won’t deny that I find it funny in the “bad touch” way. Plus, it has a guy miming Jesus dying on the cross as he screams “HOOO JISAAAAASU!” at the top of his lungs. That alone seals the deal.

Mad Bull 34: I think this one qualifies as police defamation, actually. It revolves around a pair of NYPD cops, who dish out their own brand of New York Justice. Petty thugs are blown to bits by shotgun blasts, and prostitutes are robbed in the middle of a shift by Eddie “Mad Bull” Estes, as he dishes out his own brand of street justice. However, his atrocious actions are always motivated by a greater good, so it’s okay! …Right? The show is its own brand of terrible, as it seems to go out of its way to hit the trash pile, but still manages to hit its mark in a hilarious and fun spectacle that one can’t help but snicker at.
Sorcerer Hunters: Where do I begin with this? The oversexed lead Carrot Glace? The Misu sisters that abuse Carrot through S&M to unleash his inner beast? The outright stupid underlying story? Sorcerer Hunters has a lot going against it. However, it still manages to work on some strange level. I’m not sure if it’s the underlying self-hating humor, or the fact that even the cast seems to know that the whole concept is stupid, but the series somehow works.

Burn Up W: With it unusual pace, and fairly convoluted story, this four-episode OVA seems destined to sit in the dustbin. However, I can’t help but love a show that involves a group of terrorists who take an entire building hostage, just to see a pop star do a totally-nude bungee jump. It’s silly, it’s outright stupid, but it works and works well. For a substantial experience, the sequels, Excess and Scramble do far better. However, for sheer, concentrated weirdness wrapped in a series of increasingly perverted and fun jokes, the first two episodes of Burn Up W fail to disappoint. Ignore the last half, though… that is just painful to watch, as it gets rid of the humor that makes the first part so fun.
Garzey’s Wing: Garzey’s Wing makes this list because of the god-awful dub that was produced for it. I could write a book, but I’ll let it speak for itself:

Happy Lesson: In one word, “NO.” In multiple words, “Holy shit, why does this kid have nine moms?!” Happy Lesson is harem gone horribly wrong, as every double-entendre, every single sex joke ends up leading to the chilling thought of “but… that’s his mom!” Some are put off by this, but I find that it adds a disturbing layer of humor that plays with genre conventions, and shows how idiotic the genre as a whole really is.

Midori Days: This is one that just screams “bad touch!” in every sense of the term. The series revolves around high schooler Seiji Sawamura – a lonely fellow who can crush walnuts with his right hand. He awakens to a huge surprise, when his wankin’ hand is replaced by a cute girl named Midori Kitamura, who’s had a crush on Seiji for years. I’m going to stop right there and let that sink in. A guy has his wanking hand replaced by a girl’s upper body. This girl has a huge crush on Seiji. That went from cute to outright creepy in a heartbeat, didn’t it? Yeah, thought so. Still, despite the disturbing undertones, the series manages to keep out of the blatantly “creepy!” territory, and even mocks itself outwardly with some of the more.. “unique” characters. It’s cute, it’s fun, it’ll kill you on the inside!

Jungle de Ikou!: What do African stereotypes, belly-dancing nymphs, giant boobs, and high school girls have in common? They all appear in this terrible, but somehow funny OVA! The base plot revolves around Natsumi, a young-ish girl that inherits the power of busty fertility goddess Mii, which she must use to save the planet from the God of Ruin. This would be a show worthy of great scorn, if it weren’t so damn funny. The outright fanservice is creepy, and the whole premise reeks of a disturbed mind. however, the humor is genuinely funny, and some of the more disturbing segments are often treated with a huge wink and nod. It’s almost as if the animators and writers knew this was terrible and worked around it. Hrm… 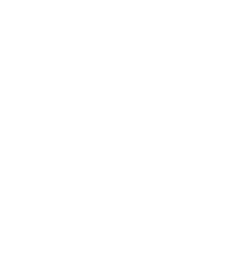 The Anime Herald Census for Spring 2014 is Live!