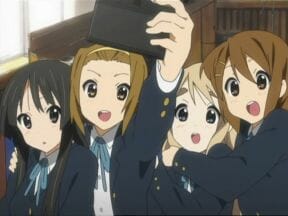 In Japan: K-On!’s second season was announced after the Let’s Go! live concert, which was held in Yokohama. After the second encore, the onstage screen played footage from the first season, followed by an announcement that the second season was green-lit for production.
In America:Hulu CEO Jason Kilar listed the top five streaming shows for the year. Naruto Shippuden cracked the list at #5, following Saturday Night Live, Family Guy, The Office, and The Simpsons.

In Japan: The Tokyo District Court ruled that Leiji Matsumoto (Space Pirate Captain Harlock, Galaxy Express 999) defamed singer Noriyuki Makihara when he claimed Makihara plagiarized the Galaxy Express 999 manga. Matsumoto was ordered to pay 2.2 million yen ($26,989.60 USD) for claiming on Japanese TV that Makihara admitted to copying a phrase from his manga in the song Yakusoku no Basho.

In America: Anime Insider reported that Samurai 7 would premiere on two channels in March, 2006. Both VOOM’s Animania and IFC would show the series, with IFC placing the show in its “Samurai Saturdays” block. 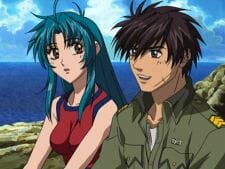 In America: ADV Films announced that they would begin releasing high-definition digital copies of anime. The line, which began in 2005, contained a second disc with a WMV-HD version of the show, which featured a DTS 5.1 audio track, as well as Dolby Digital 5.1 audio. The line launched with Noir, RaXephon, and Full Metal Panic!
In America: Starz! Action announced that they would run a twelve-hour anime marathon on New Year’s Eve. he marathon kicked off with Ghost in the Shell, and showed a number of anime titles, including the following:

In America: Mandarake announced that they will shut down their Santa Monica retail store on January 1, 2003. No reason for the show’s closure were revealed, nor were any indication of plans to re-open the store elsewhere.
In America: AnimeVillage announced that they plan to begin selling their titles through retail outlets, instead of exclusively through the company website. Initially, they will only be sold through comic shops, though wide-scale distribution was planned in the future. A month prior, The Right Stuf International announced that they would begin selling AnimeVillage titles.