Fractale: A Look at the Fan Fallout 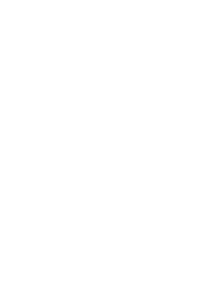 As most already know by now, the Fractale Production Committee forced FUNimation to shut down streams of the Fractale anime. For those that aren’t, here’s the gist:
Fractale premiered on legal streaming last week. The law of the internet kicked in, and the series was pirated and fansubbed. The Fractale Production Committee requested that FUNimation to halt simulcasting of the series until all illegal streams are wiped from the internet.

I caught the announcement as it fed through social media, and expected an absolute shit-storm. After all – this is unprecedented: A production committee telling the licensor to kill a legal stream because fansubs exist. And, about two minutes later, I was proven right. People are upset about this and, frankly, I don’t blame them. After all, many people are being blocked from watching the show in a legal format, while pirates are still getting access. Even as I write this, I’m reading reports of episode 2 being spotted in the wild. Even more of a tease is the fact that the show is continuing without a hitch on European services.
So, on the current level, it appears that the committee is cutting off its nose to spite its face, and driving people eager to watch the show toward the very streams they seek to extinguish. I know it’s cruel, but I personally can’t help but derive a bit of humor from this situation.
Still, I’d like to fancy myself as a bit of a pragmatist. I don’t know the whole story behind this, so I won’t start spewing the circular logic and angry rhetoric that has arisen on thousands of blogs, forums, and websites already. I won’t pass judgment until more details come about. However, I will say that I’m curious as to where this will go. After all… a lot of people are pissed, and we’re sure to see this spite manifest somewhere or another. I do just ask that people not distort the facts, and not go into ultra-hyperbole in this, since it will only make things worse.