In America: Borders revealed that they would delay payments to several debtors expecting payment. The list of those expecting payment includes vendors, landlords, and other agencies that were expecting payments by January 31. The company hopes that the delay will allow the company to maintain liquidity as it seeks refinancing or restructuring of its obligations. 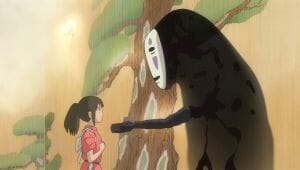 In America: The Young Adult Library Services Association (YASLA) named Studio Ghibli’s Spirited Away as one of its 2009 Fabulous Films for Young Adults. The list of recommendations was presented at the American Library Association’s Midwinter Meeting, and focused on the theme of coming of age around the world.

In Japan: Kodansha announced that they would launch Machiko Kyo’s Mikako-san manga online and in the company’s Morning magazine simultaneously. Fans would be able to read the online version of the strip free of charge, and distribute for free, as long as the strip was properly credited. The arrangement was arranged through Kyo’s request that the manga be published under the Creative Commons license.

In Canada: The Canadian Radio Television and Telecommunications Commission approved YTV’s application for The Anime Channel. According to the application, the network was approved to run at least 65% anime content, with the remainder being anime-related programming.

In America: Three anime conventions were cancelled. Gen Con South Californica, Anime Express, and Garden City Anime Festival were all nixed for their 2007 iterations, for several reasons. Gen Con cited declining attendance and dealer’s room reservations for their closures. Anime Express revealed that they would be unable to hold the event due to a holiday tornado, as well as issues with the administration at Embry-Riddle Aeronautical University, where the event was held. The Garden City Anime Festival was closed due to unexplined staff conflicts. 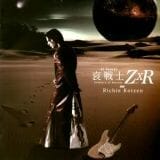 In Japan: Gundam Ace Magazine reported that music group Z×R would cover a selection of songs from the Mobile Suit Gundam franchise. The group was headed by former Poison guitarist Richie Kotzen, and featured several other western artists, including bassist Billy Sheehan. In this original announcement, Cyndi Lauper was slated to perform the album’s title track, Ai Senshi, but was later removed.

In Japan: Yuichiro Sakuta of the AX Tokyo Committee announced that the first Anime Expo Tokyo attracted 4,249 attendees, including 300 that traveled from abroad and 100 gaijin residents of Japan. AX Japan chairman Hiroaki Inoue stated that a second event was being planned, though the schedule was not yet finalized. 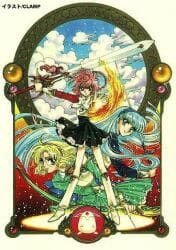 In Japan: The Magic Knight Rayearth TV series entered its second quarter, as episode 13, The Most Valuable Thing in This World aired on Yomiuri TV.