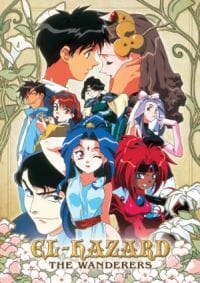 The content of this piece was written during a viewing of the first episode of El Hazard: The Wanderers on February 4, 2011. Edits have been made for spelling and grammar, but the rest is completely untouched, and un-edited from its original format.
Shows like this really make me miss the ’90s. Well, that, Animaniacs, and Freakazoid but that’s another story for another day.


9:18 PM: Good evening, everyone, and welcome to another showblog.

9:19 PM: Tonight I’m heading through the backlog, to present a live take on Nozomi Ent’s El Hazard: The Magnificent World!

9:21 PM: Anyway, before I foul more things up, let me get the basics out of the way:

9:26 PM: Bouncy music from the get go… fun- HOLYSHITISTHATAGUNDAM O_o 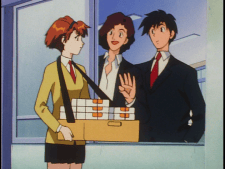 9:27 PM: “We were supposed to have lunch together today :<” Someone got stood up.

9:28 PM: By her lovey dovey Makoto – apparently a science freak.

9:28 PM: Yowza – Nanami will do anything to make a buck o_o “Mako-chan gets lunches half price :D” cooold 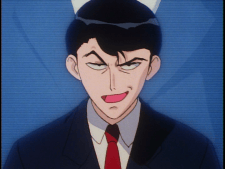 9:30 PM: Now to the student council… as people bitch about the culture fest, and the president Jinnai, who looks like a douche, makes excuses. >_>

9:30 PM: “There have been suspicions raised about the festival’s operating funds T_T” Ohhh boy – corruption

9:32 PM: And back to Nanami, who found her Makoto… and she’s pissed about being stood up 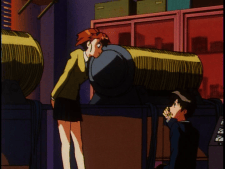 9:33 PM: “Loud noise is against regulations! T_T” “How can you say that when you’re the one doing the loud yelling? :D” #ICEBURN 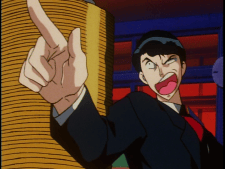 9:35 PM: Love the expressions in this already. Jinnai’s so over the top that it’s awesome. :3

9:36 PM: Makoto’s apparently a “famous genius” – Jinnai watches him on TV and seethes while he eats noodle bread… not very dignified at all.

9:37 PM: Hah. :D Makes sense now – Jinnai’s always been shown up by Makoto even though he didn’t notice 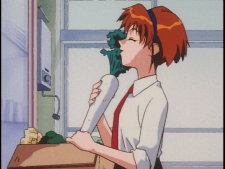 9:40 PM: And he got busted in the act while trying to do the same to Makoto… He gon’ get beaten.

9:40 PM: Brief mid-show analysis: So far, I’m digging this. Everything screams “’90s anime” from the visual style to the pacing, and even the music.

9:41 PM: My only real complaint is the video quality – it’s a bit artifact-y on the darker colors. 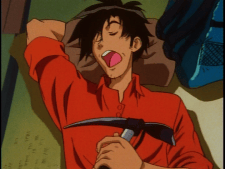 9:43 PM: Who’s gonna make his patrols… while Makoto and Nanami finish the invention

9:44 PM: And finished with the traditional “Everyone’s laughing! :D” moment 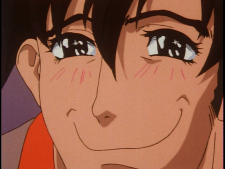 9:46 PM: “THIS IS THE ONE WHERE THEY SHOW THE MOUNTAINS! :O” with a show named “NORTH ALPS – MT. HAKUBA” They damn well better!

9:46 PM: And teach is drunk, and spouting stories… and wtf is Jinnai doing? O_o

9:47 PM: And now he’s screwing with the machine proper… SMRT 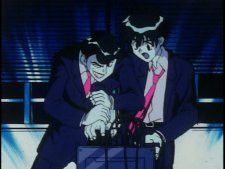 9:49 PM: As they’re sucked into a black hole… well… ALL of em are apparently

9:51 PM: Dunno why but everything ends up there eventually 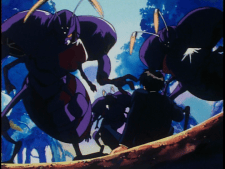 9:52 PM: Makoto’s in a pinch… as is Nanami apparently, if the scream means anything :o

9:52 PM: And credits…. with unfitting bouncy music after that XD

9:54 PM: The characters are fun, if not a bit one-dimensional in some ways, the plot works well, and the concept leaves a lot to work with.

9:55 PM: I’m absolutely looking forward to diving deeper into this.

El Hazard: the Wanderers is distributed in America by Nozomi Entertainment.