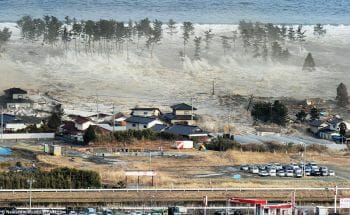 Earlier today, I put out a bit of a rushed blog post on the earthquake that’s rocked Japan. I was going to elaborate on this further, but I believe many of the facts were established. Instead, I’d like to say a few words on the aftermath of this situation. Or, specifically, the reactions in said aftermath.
Before we begin, I’d like to recap the known facts:
Earlier today, an 8.9 magnitude earthquake rocked Japan. The earthquake triggered tsunamis that rocked northern Japan, including the Miyagi prefecture. A major petrochemical company exploded in northeast Sendai, engulfing the surrounding area in flames. Four nuclear power plants shut down and radiation level in the area around the Fukushima #1 Nuclear Power Plant began to rise dramatically, leading to mass evacuations in a six-mile radius. Tokyo’s public transportation screeched to a halt, leading many to wander the streets a they try to find their way home. Aftershocks of over 5.0 magnitude are still tearing the country asunder even now. Over 350 are dead, and at least 500 are missing.
I’ve seen a wide range of reactions to the situation from across the internet. On one hand, I’ve seen an outpour of support, and kindness that has risen from the hearts of many, leading to donations and to well wishes those affected by the disaster. In mere hours, Canadians donated a combined total of $77,000 to relief efforts. And, across the web, groups are banding together to collect funds for the relief effort. From Global Giving to Anime News Network, communities are bonding to do everything they can to help. On this end, the sight is truly inspiring. To see people get together for the greater good gives me hope for humanity as a whole. 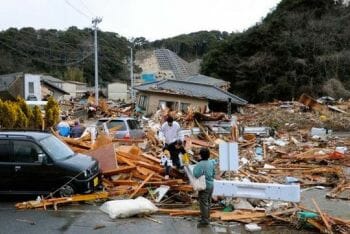 On the other hand, in the same time period I’ve seen the exact opposite. I’ve seen outward displays of hate and racism that attack the victims and the innocent alike. Claims of the Japanese “deserving” this horrible tragedy, and that this is something the country somehow had coming have left me disgusted and outright ashamed of the world at large. To think that so many could display such a shameless display of crass, nay, vile contempt for those who are in a terrible situation. It sickens me to no end. And, frankly, the dozens of Godzilla jokes are just plain crass.
And then there are the whiners.
No word of a lie, I’ve actually trawled through a forum where people were complaining that the new weekend anime would most likely be delayed due to the earthquake. Seriously – I’ve trawled through posts of people claiming that networks are trying to wring money out of sponsors by covering the disaster. Numerous people who claim Japan is destroying national morale by airing news instead of anime. Posters who claim that Japan deserves this for the Youth Ordinance bill. People who cry that networks are evil and destroying public morale by not showing anime.
This is a major disaster. It’s the largest earthquake to hit the country in recorded history. Hundreds are dead and even more are injured. Businesses are ruined, infrastructure is trashed, and people are scrambling to make things normal again. I’ll rarely say this, but it needs to be said: this is far, FAR more important than fucking anime. My deepest condolences go out to those who have passed, and my best wishes go out to those that were affected by the disaster.
Those wishing to donate to the effort, The Red Cross is accepting donations, as is Global Giving. 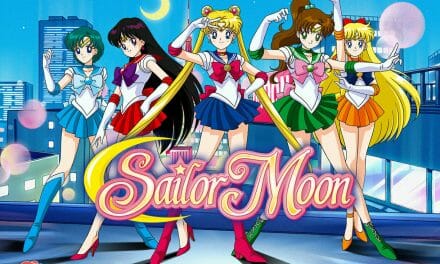