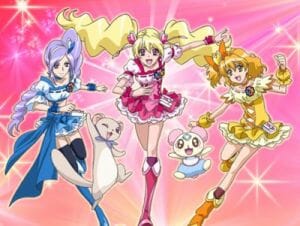 Yesterday, ANN reported that networks are beginning to air children’s programming again, with a particular focus on anime-related content. Adult contemporary station Tokyo FM ha been playing the theme songs to anime shows like Anpanman and Suite PreCure. Satellite TV channel Kids Station announced that they will run their HapiKura Time block, which includes shows like Happy! Clappy!, Oyako de Cooking (Cooking With Family), and reruns of Anpanman, for free beginning today. Both networks cited that they wanted to comfort the nation’s children. Professor Layton creators Level 5 announced that they would not delay broadcast of Inazuma Eleven or Danboru Senki. They even went as far as to negotiate with TV Tokyo to ensure that the one-hour Danboru Senki special aired yesterday as scheduled. Level 5 is actively working to ensure that both shows, “that deliver hopes and dreams to children”will continue to air on schedule.
All three organizations offered warm words of encouragement. Kids Station stated that their shows can “spare the children from the anxiety and fear that they have been feeling since the earthquake,” and Tokyo FM stated that they wanted to comfort children who couldn’t watch their favorite shows during the week.

I can’t help but smile a little when I see gestures such as this. To see the industry band together to help soften the traumatic punch that everyone was dealt is simply heartwarming. Japan has been dealt heavy blow after heavy blow over the past week, and it doesn’t seem to be letting up. Still, exposing children to footage of the disaster 24/7 can’t be wise, or even healthy. At times like this, kids need familiarity, comfort, and well… just a chance to be a kid. Something as simple as an hour or two watching a favorite cartoon can go a long way to lower the stress of the situation. We’re creatures of habit and, in the case of bad news, we retreat into things to escape from reality. These programs are outlets, ways for people to just let it all go, and let harsh reality just be put aside for a half an hour. 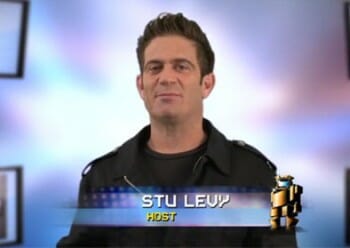 Small gestures of goodwill like this will go a long way in helping the people of Japan regain a sense of normalcy. And, with rolling blackouts, constrained supplies, and a looming nuclear threat, every bit of normalcy is welcome. I do hope other groups join in, and help bring a little bit of happiness and hope back to the nation, one small step at a time.
On the note of kind gestures, I’d like to extend my appreciation to TOKYOPOP head honcho Stu Levy. Since the quake, Levy has been volunteering his time and efforts to aid in the relief efforts first-hand. Levy was in Japan at the time of the quake, and has been volunteering his time to bring supplies to victims of the disaster. I wish him the best, and salute his efforts.