Earlier today, ANN revealed that TV Tokyo and Nihon Ad Systems filed a joint suit against 4Kids Entertainment. According to the suit, 4Kids allegedly performed a number of acts, including “underpayments, wrongful deductions, and unmet obligations,” that total $4,792,460.36 in damages. As part of the suit, the two companies terminated their deal with 4Kids.
This all seems interesting enough on the surface, but the allegations hit a new level of “what the hell” later in the .filing. The plaintiffs allege that 4Kids entered a licensing agreement with FUNimation in 2002, which granted the company “broad right to exploit” the franchise in exchange for a royalty of 20% of gross receipts. In addition, they allege that the two companies entered a “secret” agreement for Yu-Gi-Oh! and other titles, for which 4Kids paid a $1.3 million advance and a service fee for each sale. The service fees totaled $3.934 million, which wasn’t reported as quarterly income. A similar deal was struck with Majesco to make videos to be played on the Game Boy Advance. 4Kids was paid an advance of $366,667 but reported ony $1 per sale as a service fee – none of which went back to Japan. The information came to light in a routine audit conducted by the licensors on the Yu-Gi-Oh! property.
Now, this seems pretty cut and dry on paper. An audit showed that 4Kids was paying nowhere close to their fair share, and had obligations of nearly $5 million. The company allegedly charged sales as “services” to avoid paying TV Tokyo and Nihon Ad on more than one occsion, and supposedly failed to meet unspecified obligations. The internet has already started to cast judgment, from the most popular, to average-sized venues. However, I don’t think this is the wisest thing to do.
I’m not a lawyer, nor do I ever claim to be one. However, I think people are jumping to far too early of a conclusion. People are letting their prejudices, their own short-sighted hatred of 4Kids cloud their judgment right now. I’ve heard far too many cries of “Good! They deserve this for what they did to One Piece/Yu-Gi-Oh/etc”, that it’s almost become a predictable meme. People seem to be using this more as an opportunity to bash 4Kids for their previous transgressions.Indeed, they want this to be the troubled corporation’s deathblow, rather than bothering to take an accurate assessment of the situation.
The evidence seems to be damning right now, but it’s only one side of the story. There are still far too many unknowns, and far too many specifics that we don’t know, before an accurate judgment can be made. At the very least, we as observers should let 4Kids issue their inevitable statement, and for more solid evidence than a Hollywood Reporter article begin to roll in. Yu-Gi-Oh! is a hugely profitable franchise for 4Kids. There’s no chance in hell that they’ll just give things up without a fight, especially when their last three consecutive reported quarters.
Personally, I’m not a fan of 4Kids, though I see their use in the market. Their editing practices have been difficult to swallow over the years, but they have been responsible for getting new fans interested in anime. But I digress. Regardless of the case’s outcome, something tells me that this case will be both interesting and surprising for all observers. 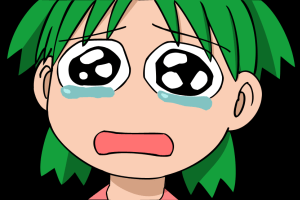 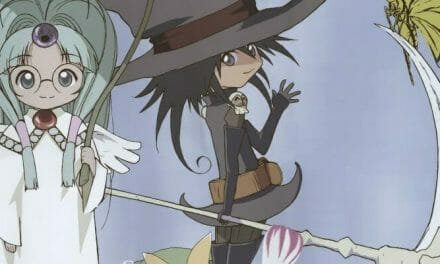