In 1975, the Super Sentai genre began to take form with Himitsu Sentai Goranger (Secret Soldier Goranger). The series, which was created by Cyborg-009 mastermind Shotaro Ishinomori, would forge several common genre standards. In particular, Goranger introduced the following concepts:
Goranger was a smash hit, and ran for 84 episodes. However, the series would not be classified under the “Super Sentai” genre until 1995. Because the term Super Sentai wasn’t introduced to the market until 1979’s Battle Fever J, Goranger would be deprived for the classification until Ohranger hit the airwaves and established both Goranger and JAKQ as the original Super Sentai shows. 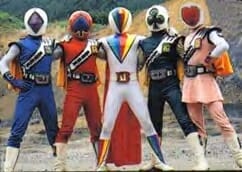 Ishinomori would try to re-capture the excitement of Goranger again in 1977, when he and Toei released J.A.K.Q. Dengekitai (J.A.K.Q. Blitzkrieg Squad). J.A.K.Q. adopted the “Sentai” name, but still did not fit into the Super Sentai mold until 1995, like Goranger. The series wasn’t as influential as Goranger, but still introduced a few concepts that are still popular in the genre today. In particular, the series introduced the following trends:
J.A.K.Q. Dengekitai ran for only 35 episodes before having the plug pulled on it. Rather than continue with the format, Toei decided to take a break from the Sentai formula at this point. Instead, the company decided to work with Marvel Comics in an East-Meets-West co-production of Spider-Man.

Spider-Man received a tokusatsu series in 1978, which was written by “Saburo Yatsude” – a pen-name given to the collective of Toei writers. The series was notable for a number of contributions to the creation of Super Sentai as we know it. In particular, Spider-Man contributed the concept of giant monsters and giant robots to fight said monsters. The series ran for 41 episodes, and also received a film.
The concepts finally came together to form the modern Super Sentai genre in 1979, when Battle Fever J hit the air. Battle Fever J is the first title to receive the Super Sentai branding, and was co-produced by Toei, Marvel Comics, and TV Asahi. The series, which was partially based on Marvel’s Captain America, ran until 1980 and spanned 52 episodes by the show’s conclusion. 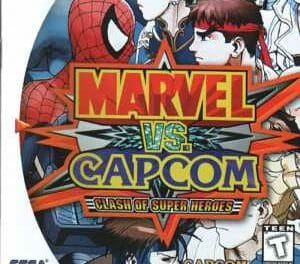