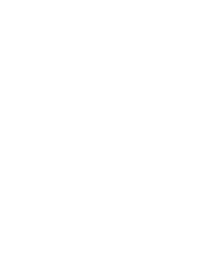 For many fans, disappointment has become a fact of life. Shows with potential that remains unfulfilled, due to reasons of budget, time, or even creator arrogance are fairly common sights. No matter the genre or the title, that sting of a show that falls just short of greatness never goes away. Isao Miura’s The Sacred Blacksmith seems to not only embody this feeling, but embrace it. At every turn, and every plot point, the show seems intent on driving the fact that this isn’t a good show, nor will it ever be.

Forty four years ago, the great Valbanil War ravaged the world. As nations sought to dominate each other, and soldiers attempted to gain the upper hand, they took every avenue and tried every approach. Their most deadly weapon was the Demon Contract – a pact with Dark God Valbanil himself that used the caster’s own body as a catalyst to transform into horrific beasts. The contracts, and those who used them, ravaged the land and savaged the people. The world’s leaders realized this, and quickly made peace with a ban on Demon Contracts.

In the present day, the Independent Trade City of Housman stands as a no-confict zone, where members from all kingdoms can trade freely. The city’s local defense force recently added a new member. Cecily Campbell, head of the house of Campbell is the latest addition to the city’s Third Guard. One day, her normally peaceful patrol is interrupted by a crazed veteran of the Valbanil War. The man’s pained cries for salvation echo through the city as he lays into the girl with his blade. Cecily’s technique simply isn’t enough, as the loon’s savage blows force their way through Cecily’s blade, and knock her to the ground. All seems lost, until Luke steps in and saves the lass with a skilled katana strike. Luke is a blacksmith without rival. His skills at the forge, have gained the man a reputation that spreads across the land. However, he holds another gift: Luke is able to craft magical blades with the aid of his assistant Lisa. These blades are able to kill the very demons that have begun to arise in the world at large. Murmurs of Valbanil’s return have begun to rise among the political elites, and it may fall upon Luke to craft the blade to kill him once and for all.

The of The Sacred Blacksmith seems to be torn between two plots: the grand political drama of three kingdoms preparing for a great holy war, and the story of Cecily compete with one another for screen time. Cecily’s story proves to be far weaker of a tale, as it focuses more on character drama, oddball humor, and offbeat characters to carry the narrative. The greater plot is far more compelling, as we see nations try to cope with the resurgence of demons, and the atrocities of war grow increasingly intense. Luke, as the one tasked with the creation of the holy sword, seems to be main character of this story. His trials, his difficulties are woven into the fate of the kingdom. In comparison, Cecily’s tale is rather weak. Her trials seem relatively weightless and fluffy as she single-mindedly chases Luke with the selfish goal of receiving a katana. The characters she meets, from the Demon Sword Aria to Fio, maid of the House of Campbell, just seem like extra baggage that exists to hinder the larger plot. The two narratives clash and compete, through the entirety of the series, including the ending which proves to be both incomplete and anticlimactic.

Much like the writing, the show’s visual style is both inconsistent and disappointing. Character designs tend to have elements that just don’t fit in world of swords and sorcery. Be it in Cecily’s chest armor, which somehow molds to her tits precisely, Aria’s gravity-defying hairband, or the knight garb that looks more like a business suit than armor, many of the characters just seem out of place in a dangerous, war-addled world. Similarly, the animation varies in consistency and quality from scene-to-scene. Fight scenes tend to receive the most attention, with gorgeous choreography and an emphasis on smooth, tight action. Outside of these segments, the animation takes a visible nose dive, as character movements grow visibly less fluid.

Almost by default, the show’s musical elements become the high point of the experience. The show’s opener, Justice of Light is a high-energy rock piece with symphonic undertones, while the closer, Miracle Happy Day, is a simple cheerful piece. The soundtrack is a score of grand symphonic pieces and simple instrumentals that succeed in setting the mood.

I really wanted to enjoy The Sacred Blacksmith. From the fantasy trappings, to the rumblings of a grand battle between good and evil, the series showed great potential in the first episode. This was quickly dashed at the start of the second, when Cecily, after a touching moment, had her breastplate crack and fall off, thus exposing her bare breasts to the camera for a good ten seconds. Through the entire run, I would find myself impressed at the intricacies and subtleties of the major plot, only to have those very feelings dashed as Cecily (or her cohorts) do something so stupid, so idiotic that the charm it had worked up would simply repulse. The show’s potential is simply wasted. There was potential for something good, something that could breathe some new life into the thinning fantasy genre. However, the apparent need to point and laugh at the “charming” (read: well-endowed) female lead, and the jerk away from the main narrative killed any potential, which forces the show to struggle in the depths of mediocrity. 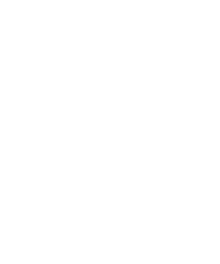