The Growing Impact of a Single Voice

We’re coming into a world where each voice, each person can influence hundreds, even thousands within moments. Thanks to the Facebook Revolution, one can spread his approval of a brand, a product, or even a person with a single click. The Like Button has become almost ubiquitous in our day to day internet lives. This little button has become so prominent, so vital that it receives over one billion clicks in a day. Facebook now accounts for 38% of all internet sharing traffic. With this in mind, the individual, the end user has become an absolutely vital force in the marketplace. The new customer is able to recommend, to promote, and to sell with less effort than ever.

Prior to the social media revolutions, the rule of thumb would be that a customer tells three people about something that they like, but ten that they disliked. This led to a vastly disproportionate feedback loop that often led to an overall negative reaction in the market. However, word of mouth has always been and will always be the most effective form of advertising. After all – people can easily ignore commercials or ads, and plugins exist to kill web-based advertisements. However, people will most always consider the opinions of those they trust, and those they know personally.

In the business world, we’re seeing this idea on personal connections bleed into how companies interact with their customers. We’re beginning to see a more personal, more open approach. For example, FUNimation’s Justin Rojas (@JustRojas), Charlene Ingram (@tristencitrine), and Adam Sheehan(@neumaverick), Vertical’s Ed Chavez (@Vertical_Ed), and Viz Media (@VizMedia) have set up shop on Twitter among many other industry professionals. Through their feeds, they chat, converse, and interact on a personal level with hundreds, of customers on a daily basis. These 140-character bursts include everything, from answers to title inquiries, to general questions and even spirited conversation. Bandai maintains an incredibly active Facebook presence, where they maintain a community of fans and customers, which are sated by conversations, announcements, and exclusive announcements.

A happy customer is a willing marketer. Customers who can speak with those involved in the companies they deal with feel more appreciated, as the company seems more open and the customer more special. They will be more likely to post a postive review on their own Twitter feed or Facebook Wall or Plus account. Going forward, these interactions will only become more important, as social media becomes increasingly integrated into the customer’s life, and the circle of friends grows from those closest to the user, to the thousands one encounters through his day to day life.

In the near future, I’d like to examine this phenomenon a bit further, as it’s already a major point for our anime industry, and it will grow more important going forward. 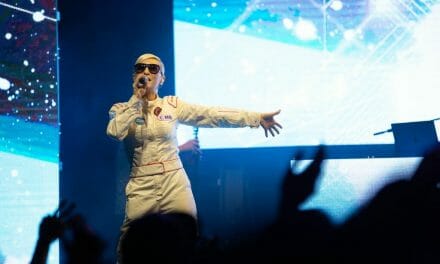