Before we continue our conversation on potential paths to Blue Oceans, I’d like to recap the previous chapter. In the last chapter, I kicked off the conversation by explaining that looking at a market with a new perspective can create a new channel into uncontested market space. These perspectives aren’t overly complicated, and include the following:

Previously, we discussed the first three points on the list. Tonight, we will cover the final three items, to round out the discussion. 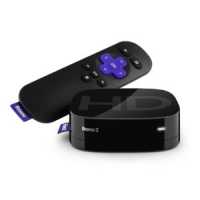 Products like the Roku offer a complementary product to traditional anime retail fare.

Outside factors hold sway in what a decisions an organization makes when it defines its market strategy. Instead, direct competitors and substitute products tend to be the focus of the typical company..Unfourtunately, this means that they don’t consider complementary products on the market while determining how to sell their products.

Kim and Mauborgne like to use the example of a movie theater,and how parking and the finding of a babysitter have an impact on how often people attend. However, were a theater to offer such services in-house, they would see a definite jump in attendance due to the number of problems that will be eliminated. They use this example to illustrate the untapped value in such complementary services. Investing in such areas as an enhancement to the current product would open markets that the rest of the market cannot touch.

In the anime market, we could use this logic on the retail industry. The typical anime retailer sells DVD, figures, toys, soundtracks, and any number of anime goods. However, many customers keep limits to what they collect, due to space issues. Likewise, these customers may be interested in streaming anime, but not in sitting in front of a computer to do so. These retailers could appeal to the market by selling a number of complementary items that are based on creating space. Shelves, racks, DVD albums, or even thinpack DVD cases can find a market among anime customers. These items could be combined with the typical order, and be shipped alongside it for an appealing secondary market. Likewise, these retailers could offer items like Roku, Boxee, or Google TV boxes to capture the market that’s curious in sampling streaming offerings. Both avenues would provide a new source of profits, and would create markets among a different breed of customer.

The boundary of functional and emotional appeal to buyers

Industrial competition causes businesses to converge on two bases of customer appeal: the functional and the emotional. Functional appeal is the a rational appeal to the product or service. Prices are derived from how much benefit a customer can gain. An example of a functional product would be a typical piece of office software. Be it OpenOffice, Microsoft Office, or a similar suite, the primary factor on its appeal is the formats the software can use, and how easy it is to use the product as a whole. People will often migrate from Office to OpenOffice,or from StarOffice to Microsoft Works, since these products simply suit the customers’s needs, on the whole.

Emotional appeal is the opposite and, obviously, is priced primarily on how a customer feels when purchasing it. For example, Apple Computers managed to turn the functional product of a personal computer into an emotional purchase. They made the customer feel an attachment to a product that would otherwise be defined by the parts within, and the software it can run.

No product caters to one base exclusively. There’s always a degree of emotional appeal in a functional product, or vice versa. However, as competitors enter the market, and as buyer expectations reinforce company behavior, these base appeals become more of a rigid philosophy shared among the industry. Functional companies will create increasingly functionally-appealing products, while emotionally-based companies will create increasingly emotionally appealing products.

By challenging the conventional industry standard, companies can open uncontested market space that will fall between either major base. Scaling back extras in an emotionally-based product could create a simpler, more streamlined experience that costs less and may appeal to the budget-conscious customer. On the flip side, a functional company could snare more pensive customers by adding extras that breathe life into their products.

As an example in the anime industry, let’s take a look at the current online anime retail industry. By and large, these are functional ventures that offer catalogued, searchable stores and a generally clean setup. There are few emotional aspects to offer to customers. A company that introduces emotional aspects to their online store could easily snatch up a large amount of the populous. This could include any number of elements, including:

Basically, anything that will make the customer feel good about purchasing products from the retailer would reap a large number of customers that want to purchase anime, but don’t know exactly what to buy. These retailers would find a market that isn’t interested in patronizing the Right Stufs and Anime Nations of the world, but instead want something that makes them feel special and informed after making a purchase.

Crunchyroll combined their know-how as a black market dealer with a knowledge of repeating market phenomena to create a Blue Ocean.

In Mobile Suit Gundam: Endless Waltz, Mariemaia Kushrenada stated that “history is much like an endless waltz. The three beats of war, peace, and revolution continue on forever.” While her comments had no basis in business, the character did bring up an important fact of life. Time is a cruel mistress that continues to march forward, regardless of what happens. However, it tends to repeat in regular patterns, which the observant will be able to pick up on with enough attention. Major game-changers, like the rise of the internet, the bursting of the Japanese economic bubble, and the decline of the US economy are important historical moments that command attention. However, of these three, only one event would be able to be safely monetized: the rise of the internet. Knowing what events to follow, and which trends to trace can reveal patterns that show the best opportunities to proceed bullishly, and when to show caution.

Crunchyroll is a company that used this avenue in order to create a brand new market for American anime. Crunchyroll began as a child of the digi-sub era. Frankly, they were nothing more than a digi-sub distribution site that operated solely in black market terms. The company used the knowledge they gained from working outside of legal bounds to transition to a legal, publisher-supported site that actively licenses and distributes legal content. Their use of hindsight, coupled with a proper timing on the rising trend of demand for digital distribution, allowed Crunchyroll to become the leading distributor of streaming anime. The company has since been eager to look at sales trends,and embrace technologies such as Roku and Boxee to expand their audience through growing markets.

Each channel to a new ocean is equally valid. However, which one is taken will greatly influence the direction a company will take. The risks of changing directions may seem great, but a change will often be less risky than just remaining complacent.