During the week of February 1, a short survey of the readership was conducted, as part of our ongoing Blue Ocean Industry study. The goal of the study was to mimic the experiment of EFS Currency Exchange by taking the questions of desired utility to the customers. While EFS had access to hundreds of individuals to query and dozens of man-hours to spare, things are a bit more limited here at the Herald. Our final sample size was a relatively modest thirteen participants. Still, I’d like to use the data gathered from this experiment, as all information will be invaluable as we continue to progress.

The analysis will be divided into three categories: Demographics, Customer Behaviors, and Long-Form Question Analysis. Each will address core components that will go into the final strategy canvas. 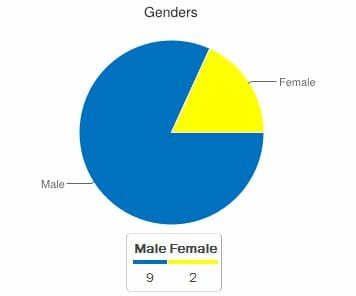 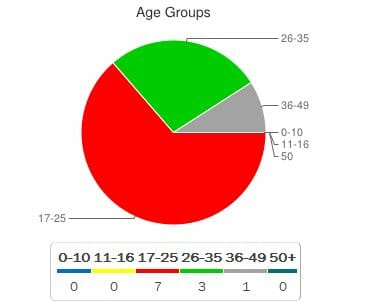 According to the data, the primary demographic surveyed in this survey was males, in the 17-25 age bracket. There were no users younger than 17, or older than 49, with the 17-25 group outnumbering the rest of the surveyed at a ratio of two to one.

As we dive into the sample’s viewing histories and habits, we unearth the following: 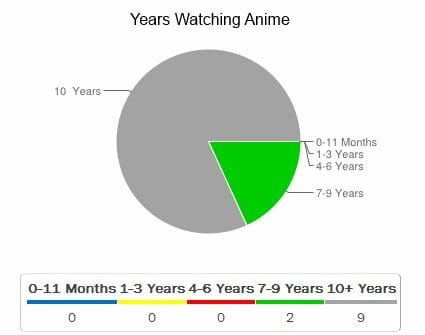 The average viewer in the sample has been watching for at least seven years, which fits with the previous data of an older demographic reporting. 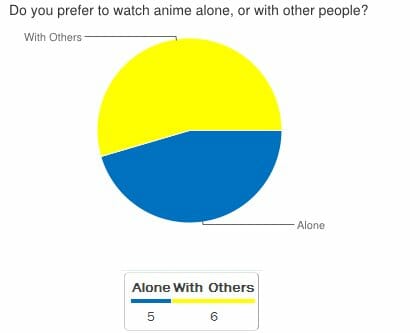 According to the data, the sample showed a fairly even divide between social viewers, and those who prefer to view anime alone. When designing a strategy canvas for the population, this will need to be taken into consideration.

When asking about customer behaviors, those surveyed were asked about the features that they found most and least important when purchasing anime: 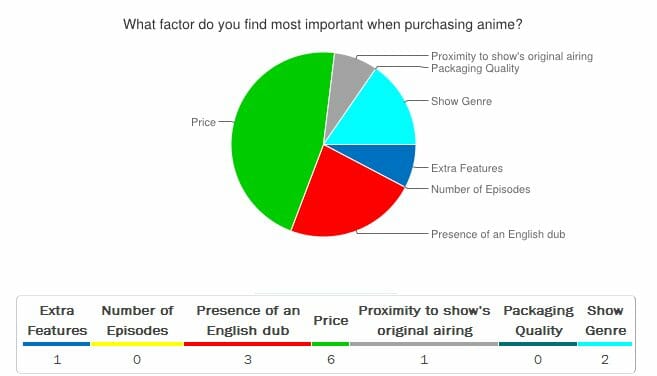 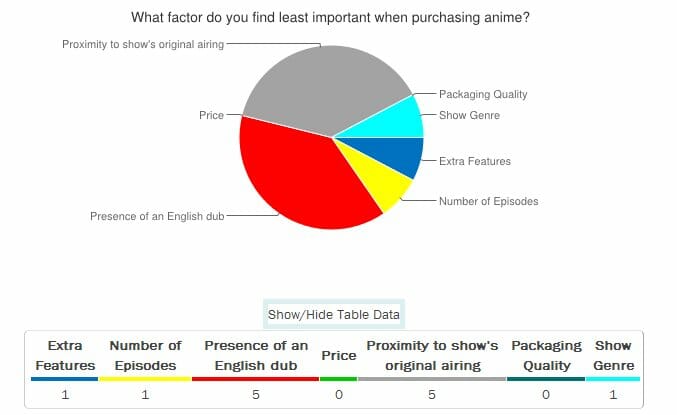 Looking at purchasing factors, the sampled group found pricing to be most important factor with 46.2% of the total vote. The next most cited factor was the presence of a dub, which garnered 23.1% of all surveyed responses. On the flip side, the least important factors among the sampled group was a tie between two items. Both the presence of a dub and the proximity to a show’s initial air date received 38.5% of the vote.

The split between those finding a dub most important and least important in factors to purchase a show are intriguing, as they display the distinct divides in even a small sample of customers. The presence of a dub may not factor to 38.5% of the market, it still remains as the most important factor in an anime sale to about a quarter of the sampled market. While this won’t become the highest of priorities in the revised strategy canvas, it will certainly be a factor that must be looked at.

Equally interesting is the fact that 38.5% of the sample found a show’s proximity to its airing on TV to be a non-factor, which goes against the conventional industry wisdom to license and release as soon as possible. However, this is only a thirteen-reader sample, which consists of a specific subset of the market. A more comprehensive study may (emphasis on “may”) see this rise in importance among younger demographics.

Since this is the conclusion of quantitative values, it is a good point to leave things for the evening. Tomorrow night, we will analyze the long-form, qualitative data that comprised the rest of the survey. 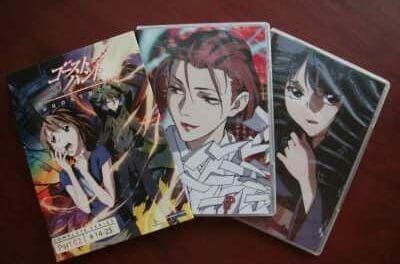