On Friday, 4Kids announced that the lawsuit between themselves, TV Tokyo, and Asatsu-DK (ADK) over the domestic rights to Yu-Gi-Oh!was settled amicably. The license agreement betweent he three parties will continue in full force, and grant 4Kids the exclusive licensing righs to the product outside of Asia.

The lawsuit originally made waves in the anime community when it was filed by ADK and TV Tokyo last March. The suit alleged that 4Kids failed to maintain their obligations to the licensors, citing “underpayments, wrongful deductions, and unmet obligations” that totaled $4,792,460.36. A bankruptcy judge ruled that the license was still in effect last year and demanded that ADK and TV Tokyo refrain from selling the international license to Yu-Gi-Oh! Zexal to companies other than 4Kids.

The reaction from many in regards to the case has been one of utter disbelief. And from the narrative murmuring across social media and forums, who woudln’t be? After all, 4Kids owed millions! They were hurting, they were monsters of anime! Why wouldn’t they want to grind 4Kids into a fine powder? What judge wouldn’t side with them?!

Apparently, Judge Shelley C. Chapman didn’t. Instead, she ruled on the part of 4Kids, who determined that most of the charges by ADK and TV Tokyo were without merit. Instead, the total amount that ADK and TV Tokyo could collect was $47,825.17 if they had properly followed procedures. Judge Chapman determined that the plaintiffs didn’t give proper notice of the contract breach nor did they give the proper time frame to correct said breach.

With no real prize to collect and no affordable way forward, any further legal action taken by the two companies would have cost far more than the prize was worth. It would have been a pyrrhic victory that would see 4Kids as a smoldering crater in the anime landscape and two companies out thousands of dollars each. Furthermore, 4Kids has all of its infrastructure and agreements in place in America with TV networks, video distributors, merchandise sellers, and more. Any new partners would need to re-forge these bonds and get their own processes in place before they could begin selling product.

So, while it seems like 4Kids should have been thrown to the wolves (and many argue that this would’ve been a favor to anime as a whole), it simply wasn’t meant to be. With the odds stacked in 4Kids’ favor, the amicable agreement between the three is a far more appealing alternative, as the result would be more immediately profitable and make better use of all three organizations’ assets. 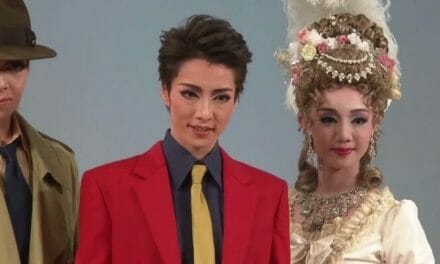