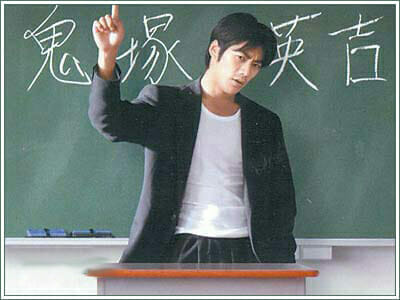 Earlier tonight, I found myself wrist-deep in a Dreamcast system, fiddling with connectors as I replaced the unit’s disc drive. Granted, it’s easier to just buy a new unit, but I take great pride in my hardware. It’s the unit that saw me through everything form Sonic Adventure to Sakura Wars, Cannon Spike to Crazy Taxi. The sentimental value has led me to be loath to want to give it up.

Sometimes, being an enthusiast means getting your hands dirty, going above and beyond what many would consider strange to the casual observer. Many of us spend ungodly amounts of money on our hobbies, be it DVDs, video games, or even books. We’ll go to extremes to get what we want, from hunting at auctions for first-edition hardcovers, or modding our game consoles to play imported titles. We love what we do, and we’re dedicated to our hobbies to the point that little will sway us from our interests. In the business world, we are the group that businesses try to court extensively. We are the current sneezers, the ones who can make or break a product’s reputation before it even hits the domestic market.

At least, that’s what we’ve come to expect.

Over time, the deepest of the core becomes increasingly insular. They more they are catered to, the more they come to expect such treatment. Marketing becomes more specialized, and jargon becomes part of the regular lexicon. As a side-effect, the average customer is repelled, as it becomes increasingly apparent that the market is focusing less on him. At some point, the market will have to right itself.

If anyone remembers when anime was growing the market, we saw a period in which everything was fair game. Networks experimented with titles from CLAMP, to Sunrise. Viewers were exposed to heroes like Sailor Moon, Spike Spiegel, and Gene Starwind, as they sought the Next Big Thing.

“But all of those shows were edited!” you may snort. And yes, you would be right. Anime was, and still is edited for American TV consumption. It’s the very nature of broadcast that leads to such alteration. Well, broadcast and an over-cautious cutting room.

However, that’s not the point1.

The real point is that moves like that served as gateways. Reaching out to the masses with accessible content piqued interests, and ignited imaginations. It pulled viewers into worlds where the impossible was somehow possible, and anything one would imagine could suddenly come to be.It created anime fans, and it helped to build the very foundations that we’ve all looked upon for the past decade.

The recent Toonami announcement re-ignited some of this passion in the greater market. Because, for the first time in a while, it would be THEY who are served, and THEY who become the kings once again. THEY would be able to spread the word of new, exciting content. The enthusiasts will kick, scream, and threaten. They’ll gnash their teeth and yell profanities for ruining THEIR hobby… but the market will be happy.

And, when the customer wins the enthusiasts win, at the same time.

1: Well some could argue the cons, but so long as access to the un-edited material is assured, it is difficult to argue the cons.