A few weeks ago, Adult Swim watchers took notice that the Toonami lineup was about to undergo a change. With Deadman Wonderland’s finale on the horizon, questions about what would replace the (relative1) ratings powerhouse began to arise. On July 31, Anime News Network revealed that the network would place Gonzo’s Samurai 7 into the 12:30 slot. Reactions were mixed, with some overjoyed by the announcement, and others pensive and curious. I, however, was in the camp that believed that the show would soar like a lead balloon. The show, I argued, was too slow, too old, and too Japanese for the average Adult Swim viewer’s taste.

It’s been roughly three weeks since the first episode of Samurai 7 hit Adult Swim’s airwaves. And, in those three weeks, we’ve seen data for the show’s first two weeks of Nielsen data come through via stat trackers Sons of the Bronx. Before we get into these figures, though, I’d like to post the ratings for the final week of Deadman Wonderland‘s TV run..

What’s interesting in this particular dataset is the fact that, while Bleach tumbled out of the top 100, both showings of Deadman managed to outperform most of the anime offerings that evening. This includes the 3:30AM showing, which managed to defy the usual time-based attrition that the rest of the block suffers.

Also fascinating is the fact that both Cowboy Bebop and Ghost in the Shell were pushed to the bottom of the rankings. point. In this particular week, we saw the final episode of Cowboy Bebop air, along with Deadman‘s finale. Both Bebop showings averaged about 482,000 viewers, with the 2:00 airing trending above the 385-395,000 average the slot managed across its run. So, while it initially appears that brand fatigue set in, the block instead needed to deal with a vastly expanded audience for the evening, and the week itself.

With this stated, I’d like to get to the data for Samurai 7’s first two weeks:

For reference, there were a total of 147 titles shown across the sample period.

As expected, we saw somewhat of a ratings collapse for the 12:30-1:00AM block the week after Deadman finished its run. The block saw a ten-position drop, and an overall loss of 100,000 viewers for the time-slot. This is a figure that remained fairly constant in the two measured weeks, where we saw a variance of one rank between week one and week two. This appears to be a common trend across the two weeks, as we saw zero change in the following time slots:

What’s more fascinating, though, is how utterly flat the ratings are across the two weeks. While there are some odd jumps, which include the general rise of the 3:30-5:30 blocks in comparison to their earlier counterparts. In particular, Ghost in the Shell’s 5:30 AM showing managed to outrank its earlier block by four positions. This is something that I do want to look into in the near future, to see if the trend continues. It could easily be a one-time fluke, an off chance. The bottom six slots in Adult Swim’s ratings are decided by a mere 60,000 viewers, which means that there is an average of 10,000 viewers difference per slot.

At the same time, though, if we see a continuance in this trend, it could indicate a shift in viewers’ watching habits. In particular, it would signal that viewers are shifting their schedules in favor of other programming. We could also argue that Ghost in the Shell‘s bump is potentially influenced by an increasing number of early risers, which would explain its additional 35,000 viewers overall. Of course, this is but mere speculation, until we can look at a bigger picture, with more data and a longer timeline.

While the Samurai 7 results were generally unsurprising, we did find a few interesting phenomena in this revisit to the Toonami ratings data. We will return to this topic in a few weeks, once we can work with at least four weeks’ worth of data from this continuous time period. 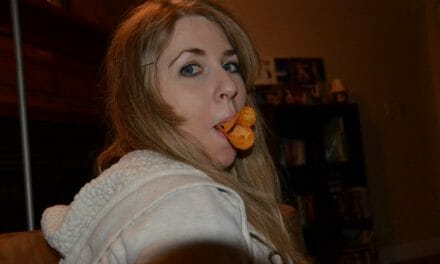 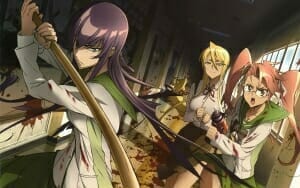 Embracing the Spirit of Western Horror