In additiion, every new episode premiere during the block scored double-digit gains in viewership across all targeted adults over last year.

If you recall, last year, we were doing monthly analyses on Toonami’s performance as a whole. At the time, the lineup was lackluster. Deadman Wonderland and Casshern: Sins were the two new titles in the lineup, and Casshern was finding itself falling to the bottom of the charts. Bleach was the sole heavy hitter, as it hovered well above the ominous “rank 100” spot in Adult Swim’s ratings. The rest of the lineup was a mish-mash of old shows, from Fullmetal Alchemist to Cowboy Bebop, which repeated at 3:00AM. The bottom ten shows on the network’s schedule were occupied almost entirely by the block’s lineup.

Toonami was clearly under-performing. At the time, I argued that the current lineup wasn’t exciting the core, and that drastic measures needed to be taken to save Toonami from being strangled in the cradle.

Since that day, we’ve seen the network take drastic steps to change the block’s fortunes. Adult Swim stacked the early hours with heavy hitters like One Piece, Naruto, and Soul Eater. The block ceased its disappointing 3AM loop, and instead began airing a combination of shows American and Japanese that had mixed fortunes in prime time. Thundercats and Sym-Bionic Titan found new audiences, and InuYasha provided a strong end cap to the evening.

To see such a sight is encouraging, to say the least. In just over a year, the network’s gone from a trainwreck in motion to a chart-topping behemoth. And, while there are still rough patches in the lineup, the overall block’s performance makes them seem less like nails in a coffin, and more like standard statistical anomolies.

At this point, Toonami’s future seems bright. With four long-running, high-performing titles under their belt to pad the early hours and a strong content lineup to carry through the night. As the seasons change, though, and new titles enter the lineup, it will be interesting to see how the ratings respond. While the network should have a decent read on what the typical Toonami viewer enjoys, there’s always the potential for a strike-out with another title like Casshern. Even if this comes to pass, though, I think we can rest assured that Toonami, as a whole, will be able to weather it. 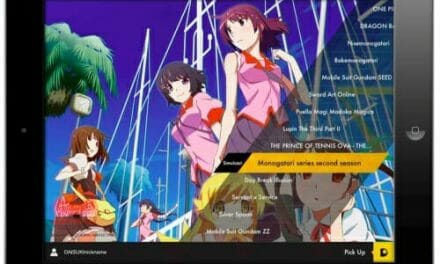