Yesterday, Daisuki announced that they will begin stream Mobile Suit Gundam UC. The series, which hit the service a the time of announcement, will cost 499 yen ($5.10 USD) per episode to rent. Episodes will be available for unlimited watching over a 48-hour period.

If my data is correct, then this is the first pay-to-stream title that has hit the Daisuki service. After two months of free anime streams and lavish give-aways, the company appears to be looking into ways to finally knuckle down and generate revenue from their service. The merchandise store, the fee-based titles, and the banner adverts dotting the site all serve as contributors to the bottom line.

In this light, I’m not surprised that Gundam UC was their first foray into the “pay-to-play” market. The title is, without a doubt, Sunrise’s “Fantasia moment.” By this, I mean that it’s a rich, extravagant, and (more important) expensive production that just pulls out all of the stops. It’s the culmination of everything that people have come to expect from a Gundam series, from a powerful story, to strong narrative, to lush visual and audio design. It’s gorgeous, it’s riveting, and it’s well-acted. Unfortunately, though, the machine didn’t come together without a price. 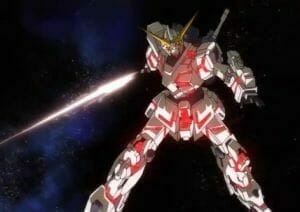 Each volume was shipped day-and-date with the original Japanese releases under Bandai Visual’s Honneamise label. They were dubbed, subtitled, and ready for world consumption. As one would expect, though, the title didn’t have a price ready for the same. Blu-Ray copies of each hour-long episode retailed between $49.98 and $59.98, with later volumes becoming rarities in the market. Prior to Nozomi’s announcement, it wasn’t unheard of for Volume 6 of the title to reach prices of over $100. Combine this with the strong word-of-mouth and uptake by non-Gundam fans, and the logic for the price starts to seem far more reasonable.

How Daisuki’s experiment will fare remains to be seen. While I can see some people biting the bullet and paying the rental fees, I don’t see it becoming much of a sustainable long-term model. When we factor in competition, the model becomes even more difficult to swallow. Let’s look at the alternatives for a 48-hour rental on a feature-length title on Amazon, iTunes, and Ultraviolet:

And, in addition, let’s factor in the fact that, unlike Daisuki, Amazon, Ultraviolet, and iTunes content all have an easy way of being played through a standard television. Amazon and Ultraviolet are both available on a variety of devices, from the XBox 360 and PlayStation 3 to Roku Boxes and Blu-Ray players. iTunes can be streamed via Apple TV. By virtue of their literal ability to be played anywhere, from PC to home TV, these digital rentals command a price that fits what people deem acceptable for their needs. Daisuki, on the other hand, is currently limited to Flash-supporting devices. So that’s PCs, Notebooks, or similar devices, like Windows tablets. With this in mind, the price suddenly grows more steep, and begins to raise questions from potential buyers. Listen closely, readers, and you will hear them rising from the aether of social media:

“I thought there was a dub! Why can’t I watch that?”

“Why would I pay for this when I can get a month of Crunchyroll for two bucks more?”

“Why is it so expensive?”

If you recall our previous discussions, “expensive” is a relative term in the business world. When one says a product is “expensive”, it usually means one of two things:

Now, remember that value is another relative measure. It’s the benefit that a customer receives from a product, relative to the price paid and the existence of similar goods on the market. Given the limits on Daisuki’s offering, as well as the relative high pricing given to the alternatives on the market, it’s not hard to see why many would feel a bit wary about putting five bucks down for a 48-hour stream. Now, let’s factor in the fact that we know Right Stuf will be releasing Gundam UC on Blu-Ray at a price of $30 per two episodes. That brings the overall price to $15 per episode, each of which has an English dub. So, with this in mind, each subtitled-only episode (a turn-off for a segment of the market) ends up having a rental fee of 1/3 the purchase price.

As an aside, the fact that the company is opening fee-based streams does strike me as a bit curious. In an interview I had with company rep Eri Maruyama, she stated that “the streaming itself will be for free” when asked about possible alternate revenue models. Since the interview was held well before the service launched, the notion simply may not have been in the cards at that point, or it may have been a strategy that wasn’t quite ready to be disclosed outside of the meeting rooms. And, so long as the prices are fair, there’s no real harm to be done.

While it good to see the curtain being pulled back on Daisuki’s overall strategy, I foresee a difficult battle ahead with this particular method. The high price and limited viewing options will deter a number of customers, while others will likely opt for the upcoming physical release. Hopefully, Daisuki will learn from the experience and tweak their business model, as rentals can serve a useful function in the modern market. At this point, though, the company is simply not prepared to fight against the bigger contenders. 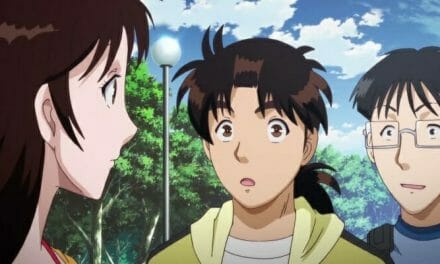 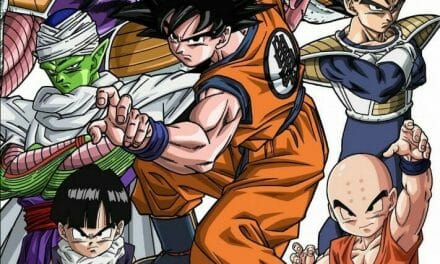