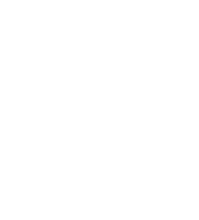 Over the years, I’ve gained a bit of a reputation among a seemingly growing bunch of people. I’m an older fan, one who’s been around long enough to remember fansub tapes, Anime Village, and the early days of the Pokémon boom. I saw anime grow from a cottage industry to a hulking behemoth, with programs airing on channels like TechTV and Cartoon Network. And, of course, I watched that industry crumble as a bubble burst, leaving the remaining players to pick up the pieces.

In short, I’m an old fart. I’m the crazy, cynical bastard that’ll run out, cane waving in the breeze at every changing trend, and every popular title that hits the air. I’m the coot that brings up titles that are lost to the sands of time, like Maze: The Mega-Burst Space and Don’t Leave Me Alone Daisy.

Yes, Don’t Leave Me Alone Daisy… I didn’t say they were all good! Anyway…

My generation’s seen the birth of countless classics, and endured the pain of just as many duds. We’ve grown snarky and cynical, as we recant the glory days, and cling to dusty shows that leave younger generations wondering what the hell we were thinking when we plunked down $20 a tape. All the while, we look at the younger generations today, and ask the same thing about some of the more popular shows on the market.

And yet, there’s some fun to be had from being the curmudgeon. We’ve seen the industry rise and fall. We’ve seen fans come and go, and we’ve seen entire genres rise from nothing. We’re cynical, snarky, and often grumpy, as others wonder why we keep watching. And yet, we still love anime as a medium and as a hobby. It’s a seeming love-hate relationship, as we pine for the experiences that solidified our love for the hobby, while accepting that nothing can last forever.

It’s an odd road that we walk, but it’s one that every anime fan travels down at some point or another. And, as they finally make their way down, we’ll be here, and we’ll be waiting.