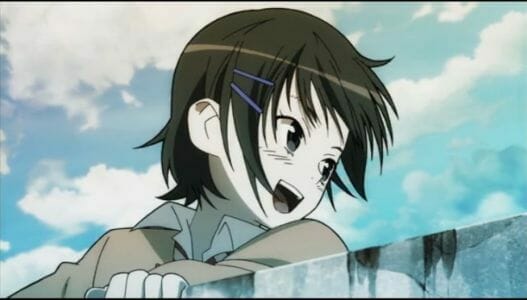 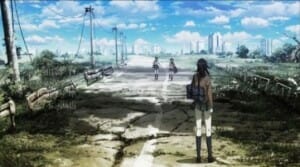 Coppelion is a series with a fairly troubled past behind it. The show was greenlit for a run in the spring 2011 anime season. It was quickly yanked, though, after the Tohoku earthquake and tsunami ravaged the country’s coastal communities. The disaster, which led to fifteen thousand deaths and countless displaced people, created deep scars within the nation. As the people scrambled to rebuild, various television and video game projects were yanked, regardless of profile, due to prominent imagery of natural or nuclear disasters. Among the casualties was Coppelion, which many feared would never get its moment in the limelight. Expectations are made to be defied, though, and the show finally made its TV debut on October 2. While we’ve only seen one episode so far, the Coppelion already shows great promise.

Coppelion is set in a world where Tokyo suffered a great calamity. The city is uninhabitable, due to toxic radiation level. Those that are unfortunate to be within the borders are confined to haz-mat suits. With each day, the city sinks further into ruin, as nature slowly reclaims the land. Amidst the wreckage, three girls wander in search of survivors, sans suits. The three are special beings, genetically altered to resist the radioactive landscape. Some call them crazy, others call them angels. The girls themselves, though, can’t help but question whether they’re anything more than puppets at the beck and call of their handler. The girls soldier on, though. With the guidance of Vice Principal Onihei Mishima, the three brave the dangers of the city. Be it wild animals, radiation, or worse, the three set out to try to save every last survivor. 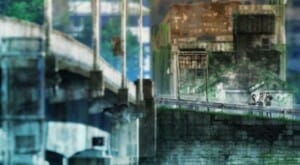 At this early point, Coppelion’s plot is little more than an exercise in setting the backdrop. The major characters are introduced, and the general premise is revealed to the viewer. The bits of dialogue that are used help to establish the core personalities of the cast. From the get-go, Ibara is the spunky never-say-die type, Aoi is the foodie with a bit of a whiny side, and Taeko is the calm, quiet type that loves wildlife. The three personalities work well with each other, and provide a strong core cast to build from.

The human cast seems like little more than window-dressing, though. Indeed, the real star of the show is the setting. Coppelion celebrates the city of Tokyo, with richly illustrated backgrounds, brought to life in countless tracking shots, or simple short segments that focus on the little scraps of life that seem to cling to the ruined city. Vines and plants creep up buildings, covering muddled brown structures with splashes of green. Rusted signs tell stories of a former world, in their dinged, brown-flecked blues. Every interior feels lived-in, and every object seems to have a story that invites the viewer to explore the world further.

In comparison, the character designs feel almost flat and lifeless. Their thick, black borders and muted color schemes seem to clash with the landscapes, to provide an interesting aesthetic of contrasts. It’s as if their very presence is alien to the world. The visual comparison is striking, and further sets the tone of the world at large.

With eleven episodes remaining, there are countless possibilities for the track that Coppelion could take. This early look, though, has left me optimistic. The show’s gorgeous landscapes and charming cast create a lively, vibrant experience that draws the viewer into the world. Key plot points, while subtle, are delivered with a sense of gravity that keeps viewers engaged. While it’s impossible to pass final judgment, it’s absolutely fair to say that Coppelion has great potential, and that fans should keep a keen eye on it as the season progresses. 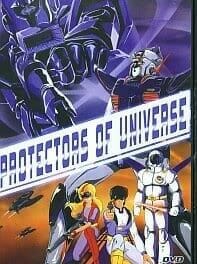