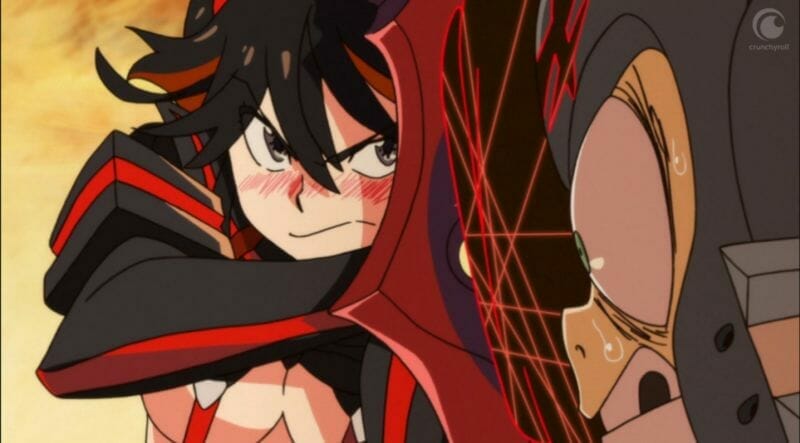 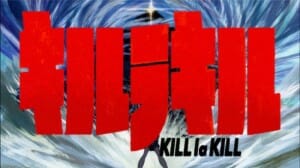 In 2007, the anime world was rocked by Tengen Toppa Gurren Lagann, a series that redefined the giant robot genre. Its blend of adrenaline-fueled action, charismatic characters, and a strong story helped to place the series as one of the finest in the past decade. Since then, the anime world has eagerly awaited a successor to the show’s legacy. This season, the minds that brought about Gurren Lagann will roll out Kill la Kill, a high-energy series animated by Trigger. While it is still early in the season, the shows incredible promise.

Kill la Kill is set in a post-apocalyptic Japan, where the last vestiges of society get by in decaying ghettoes. In this world, the prestigious Honnouji Academy stands as a shining bastion of society in the wastes. The school’s mission of educating the world’s youth has been corrupted, though, thanks to student council president Satsuki Kiryuin. Kiryuin and her subordinates are clad in special Goku Uniforms, which imbues them with fantastic powers. They use these abilities to rule over the school with an iron fist, doling out punishments, beatings, and even death to those who oppose them. 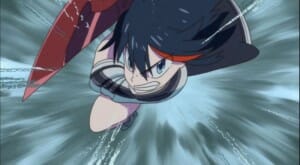 The council’s reign is challenged, when a mysterious girl transfers to the school from places unknown. The new girl, known as Ryuko Matoi, is an unusual girl who carries a blade shaped like one half of a pair of scissors. Ryuko seeks the owner of the blade’s mate, with the hope that it will lead her to her killer’s father. The girl’s search comes to a head at the Honnouji Academy, where she confronts Satsuki over the blade’s owner and whereabouts. Satsuki, who will tolerate none of this, sends an underling to dispose of the girl. Ryuko is quickly defeated, and makes a hasty retreat to the ruins of her childhood home. It is there that she finds Senketsu, a sentient school uniform that can grant limitless power to its wearer in exchange for blood. With Senketsu’s gifts, Ryuko makes her way back to the Honnouji Academy with a new goal: to defeat Satsuki Kiryuin.

Like Gurren Lagann before it, Kill la Kill is quick to get rolling. The major plot are delivered and key conflicts are made blindingly clear at the outset. Characters proclaim their motivations to the audience as they burst onto the scene, and surprises at this point are few and far between. Still, the story is told with an infectious excitement, that draws the viewer into the world.

The show’s world is given life with a delightfully over-the-top presentation. Kill la Kill is depicted as a realm of sharp contrasts, as warm colors of the slums clash with the stark whiteness of the academy. Characters are sharply drawn, colorful, and brimming with personality. They introduce themselves with bombastic extravagance, as bold, red characters proclaim their presence. Battles are exciting, tightly-choreographed experiences, where special attacks fly with reckless abandon, and the bodies of bystanders are hurled about like rag dolls. The show’s soundtrack is an adrenaline-pumping mix of guitar riffs that do a fabulous job of setting the overall tone.

Though it’s early, Kill la Kill shows great potential. The mix of over-the-top action and a plot that’s just silly enough to work create an engaging experience that will attract action fans of all stripes. While it is impossible to pass judgement on the series as a whole at this point, there is room for the series to grow and evolve. Hopefully, by the time the final credits roll, it will stand as a series that can scratch the itch left behind by its spiritual predecessor.