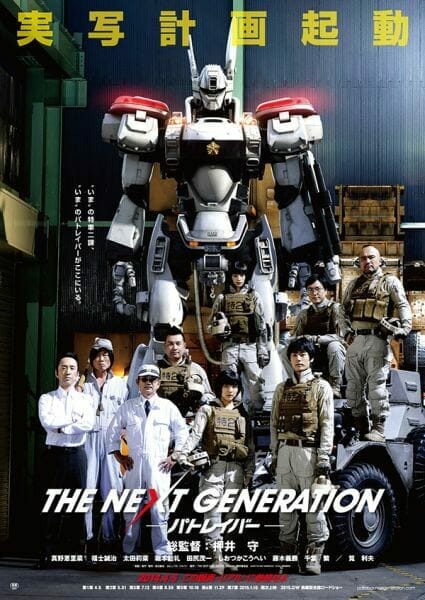 Earlier today, Anime News Network reported that a teaser trailer for Mamoru Oshii’s The Next Generation -Patlabor- began streaming today. The 32-second trailer gives a first glimpse of the AV-98 Ingram mecha in action, while delivering a bit of the title’s overall premise. The trailer’s narration states the following:

At the end of the 20th century, the world was changed with the advent of labors — giant robotic mecha used in industrial tasks for the advancement of technology. To combat the crimes perpetuated in these labors, police established sections of patrol labors or “Patlabors.” It is now the 21st century, when the next generation of Patlabor comes to the fore.

The Patlabor project will begin with seven-part series of shorter films, which is made up of twelve individual episodes and a ten-minute “Episode 0” prologue. Each of the episodes will be helmed by Oshii, though other directors are expected to contribute. Each of these episodes will be roughly 48 minutes in length, and will build up to the feature film that hits next year. The film, which will be written and directed by Oshii, will be roughly 100 minutes long.

I’m not going to lie. The new Patlabor features have me excited. The franchise as a whole has been dormant since 2001, when WXIII made its theatrical début to middling success in Japan, and a resounding “meh” in the west. The most recent prior to that was Patlabor 2: The Movie, which premiered in 1993.

For the uninititated, Patlabor is a near-future title that, well… the previous quote says it all. The advent of labors created a new breed of crimes, which required the police to find ways to fight back. Divisions of patrol labor (“patlabor” for short) troops were formed to help combat the growing mechanical menace. To date, the film has two recognized continuities:

It’s a franchise that helped to launch the careers of a number of now-prominent figures in the industry, including Mamoru Oshii, Kazunori Itō, Yutaka Izubuchi, Akemi Takada, and Masami Yūki. Even today, the title’s impact remains, to the point that Guillermo del Toro cited it as an influence for Pacific Rim.

With this in mind, the new film, which is being treated as a new generation rather than a remake or an alternate retelling, is already showing great promise. The visual elements, from the Ingram units to the sets and settings, are spot-on, and the episodic approach appears to be a fantastic compromise between the two distinct fanbases it harbors. Oshii mentioned that the episodes will maintain a somewhat slapstick ambience to them, which isn’t unlike the TV series. However the film will be played serious, which is more in line with the films and manga.

While this new entry to the Patlabor universe still needs to prove itself, there is much to be excited about. The first glimpses have done a magnificent job of hitting the right notes, both visually and in tone. At the same time, Oshii, who oversaw the first OVA and the first two films, will be helming the entire project. Hopefully, this initiative will be another welcome addition to this storied franchise. With several months before the first episode hits, all we can really do is sit and wait. 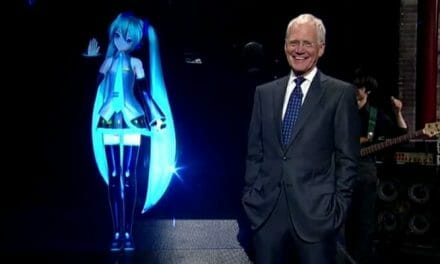