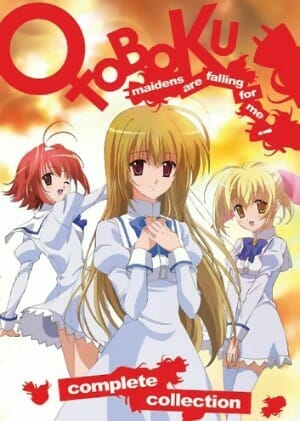 Otoboku is a twelve-episode TV series based on an adult visual novel by Caramel Box. The title was directed by Munenori Nawa (Galaxy Angel Z, Kiss×sis) and animated by feel. (Corpse Princess, Outbreak Company).

The show stars Mizuho, a lad that recently lost his grandfather. Mizuho’s grandfather was apparently a bit on the senile side, as his dying wish was to have Mizuho graduate Seio: a prestigious females-only school, and Mizuho’s mother’s alma mater. Obviously, since Mizuho is a male, this presents a few problems. It was his grandpa’s dying wish, though, and come hell or high water, this dude’s getting that diploma from an all-girls’ school!

Yeah, it’s one of those shows. The kind that gets insanely creepy right away. What?

Obviously, the road to womanhood isn’t easy. There’s the matter of walking the walk, talking the talk, and even dressing the part. Mizuho isn’t alone in his journey, though. His friend Mariya is a student at the school, and is more than happy to get her best friend into a dress. Upon arrival, Mizuho’s worries become almost petty, as she immediately becomes a popular sight on campus. So popular, in fact, that he gets roped into candidacy for student council president!

Wait, what? A mysterious girl steps onto campus and, within two days… you know what? Nevermind. The whole concept’s flawed at best, anyway.

Anywho, friends are made, new girls are thrown into the mix at every possible opportunity, and everyone that watches just feels a little deader on the inside as each minute ticks away.

Otoboku is a series that tries to give a new (gender) bent on the classic harem formula. On the surface, it sounds like a decent idea: place the male lead into a situation where the female characters can’t immediately latch onto him as they make grabs for his bone sword. It would ideally kill the lazy man’s way out, and force the writing staff to think somewhat rationally about how a relationship should progress, rather than how many women they can cram into the main character’s pants. If the writers were feeling ambitious, they could even craft a series that touches on the issues of gender confusion, and the societal pressures on person to cover his own identity to conform to the world in which he resides.

But nope. Gotta have the tits!

From the beginning of the first episode, Otoboku heads straight for the creepy end of the pool. The dialogue is laden with double, sometimes triple entendres, most of which are aimed at Mizuho. Characters constantly comment on Mizuho’s appearance: how cute he is, how pretty he is, and how he looks exactly like his dead mother. All the while, they’re touching, groping, and even fondling poor Mizuho as dialogues progress with the intensity of a person describing his or her breakfast from the morning. Then there’s the matter of Mariya, who seems to want nothing more than to get into her friend’s skirt. She revels in her use of unsettling dialogue, and spouts one-liners that would be better-placed in a hentai flick.

Then there’s the servant girls. Apparently, Seio is a school seems to love the idea of a little friendly Slave & Master role-play. It’s a school where the younger students are essentially servants to their older classmates, doing things like fetching tea and performing chores. This is established very clearly in the first episode that the “oneesama” (older sister) is essentially a mistress for an assigned younger student. While it’s probably supposed to be endearing, the entire situation comes off as disturbing and a bit unnerving.

Add in a healthy dose of fanservice, particularly of the pedobear variety, and there’s plenty to really hate about Otoboku.

If there were a definitive example on how not to do a harem show, Otoboku would be it. There’s no silver lining to this one at all.

The show’s combination of creepy fan-service, two-dimensional characters, and surprisingly screwed-up fanservice would be enough to drive most viewers away. The weak writing and general fuckery of what could have been an interesting concept just seal the show as little more than barrel-scraping garbage. While there are a few cute jokes, like the fact that Mizuho leaves the toilet seat up the first time, but these aren’t enough to lift the rest of the show out of the pit of shame.

Otoboku is strictly a room-clearer. It’s a title that should be shown at the end of the night, as it’s something that absolutely will have most audiences tuning out.

As a real-life example: when I showed Otoboku to my crowd, half the crowd made a hasty exit by the time the first eyecatch hit the TV. I would expect a similar result from your own gatherings. 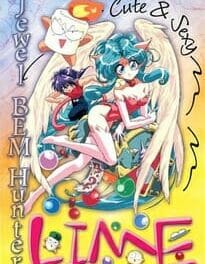 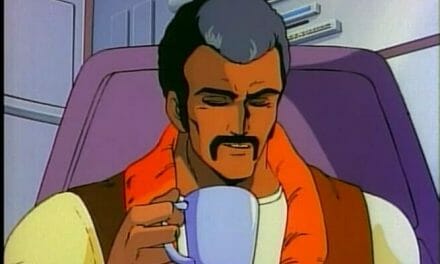 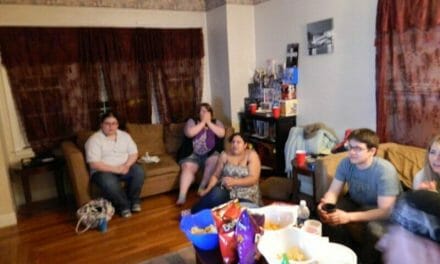 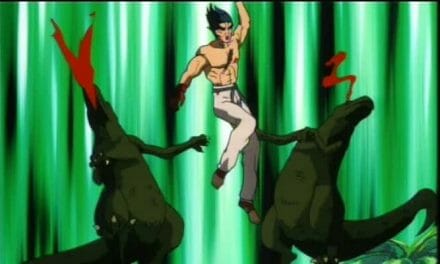