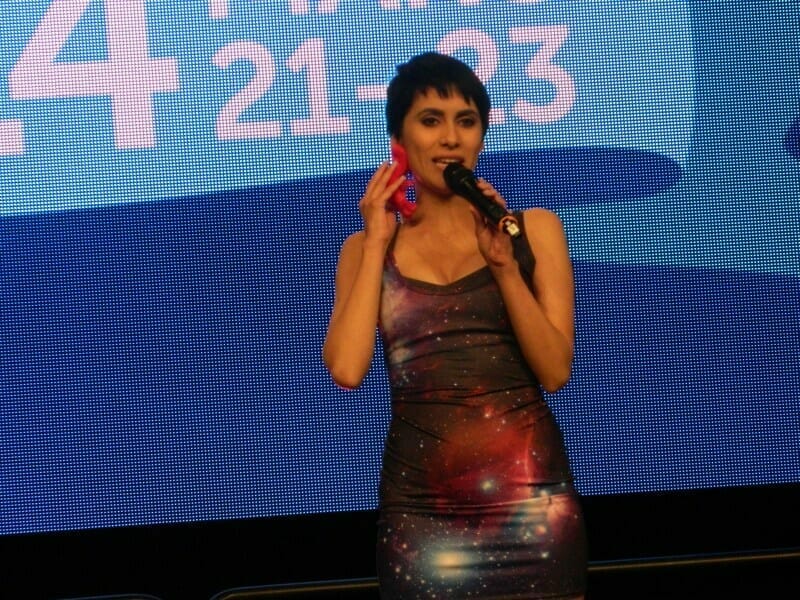 This year’s Anime Boston began like any other. Thousands of fans descended upon the Hynes Convention Center for a weekend of panels, shows, and get-togethers. To kick the weekend off proper, though, the staff rang in the event in the only way they know how.

Opening Ceremonies began with a new addition to the programming agenda: a short video narrated by Tom Wayland instructs users on the proper emergency procedures. Of course, this was done in Minecraft. Because everything’s done in Minecraft today, from recreations of Ghibli’s worlds, to calculators.

Once the safety talks ended, the event proper began with the traditional “Cosplot.” For the uninitiated, the “Cosplot” is a short skit that’s used as a wrapper for the convention. Actors playing the role of mascots A-chan and B-kun play out a short scene that’s set in the theme of the event. This year, the convention’s motif was “Magic & Mischief,” which means that A-chan and B-kun are somehow wizards this time around. They made a few jokes, A-chan channeled the crowd’s rage at B-Kun’s foppishness in a humorously over-the-top manner.

After the skit, convention chair Andrea Finnin and vice chair Victor Lee took the stage to dish out the normal announcements. As with years in the past, the two discussed topics of general interest such as pricing for the formal ball, and the charity that the convention would be supporting this year through their annual raffle.

After the two made their announcements, Finnin and Lee began to introduce the show’s guests, one after another. Each guest took to the stage, gave a quick prepared message to the crowd, and took their leave. They began with voice actress Yuu Asakawa (Bubblegum Crisis: Tokyo 2040, Azumanga Daioh).

Next in the lineup was screenwriter Dai Sato (Cowboy Bebop, Samurai Champloo).

Sato was followed by JAM Project.

Yuko Minaguchi was next to take the stage, after the musical mega-group took their leave.

After Minaguchi left the stage, Finnin and Lee started introducing the western actors in attendance. First to take the stage was Anime Boston veteran (and generally nice fellow) Greg Ayres.

Ayres was followed by the western voice of Sailor Moon, Linda Ballantyne. Onstage, Ballantyne treated the crowd to a tale of chowder and “What Would Serena Do?”

Josh Grelle took the stage next, followed by Kyle Hebert.

After Hebert came Wendee Lee, who’s been an active member in the industry since the days of Streamline Pictures.

Show biz veteran John Stocker took to the stage next. In the anime industry, Stocker is best known for his directorial work on Sailor Moon.

Of course, it wouldn’t be Anime Boston if Tom Wayland didn’t deliver a hilarious entrance video. This year, he didn’t disappoint. Wayland worked in the Sox’s 2013 World Series win, as well as some truly hilarious segments with industry figures like Kyle Hebert and Lisa Ortiz. Ortiz was particularly great, as she went off on a full-on “I’ll cut them!” rage in the video. Her performance was fantastic, and left the entire room rolling in laughter.

After Wayland delivered his greeting to the audience, Finnin and Lee took to the stage to unleash the fans seated in the auditorium onto the Hynes. Anime Boston was in session. 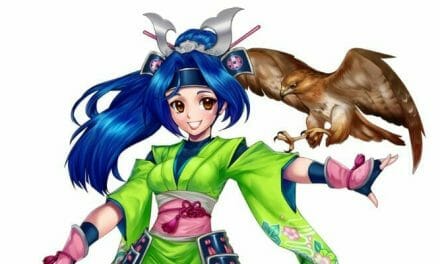 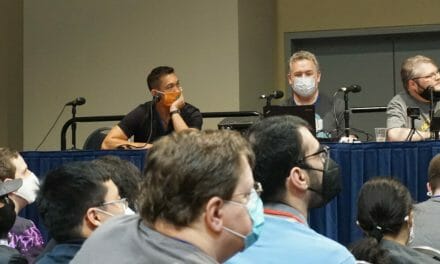