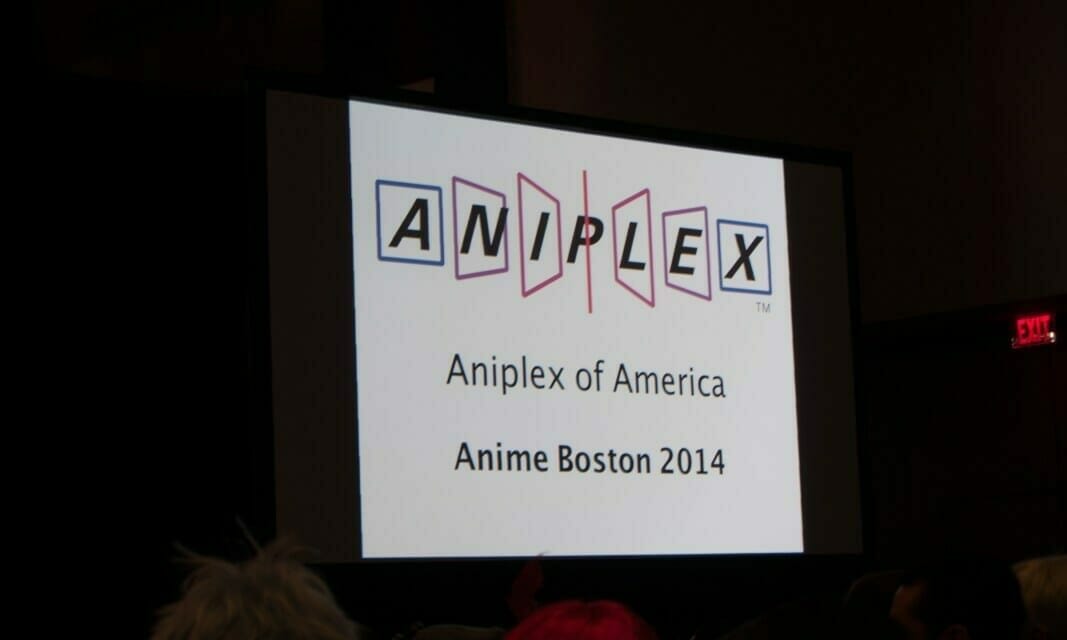 In many ways, the industry showings at Anime Boston 2014 seemed to favor the ironic. Many expected that FUNimation would bring even more than their usual A-Game in the announcement front. After all, they were showing off the dub premiere for Attack on Titan, and people were clamoring to find out what they’d be showing off next. With this in mind, it seems almost humorous to think that Aniplex would have the stronger showing of the two.

The panel began with a sizzle reel that showed off the company’s more recent properties. Action-packed clips from titles like Puella Magi Madoka Magica, Servant x Service, and Kill la Kill played to an energetic music track. As the music died down and the trailer faded to black, panelist Joanna Metoki greeted the many that made the trek to the Sheraton’s Liberty Ballroom that day.

The panel proper began with a run-through of Aniplex’s current streaming properties. As Metoki went over each title, it seemed more like a general run-down of the current season’s best and brightest. Brightly-colored slides seemed to tease viewers, as they proudly proclaimed when and where viewers could catch each show. The lineup was as presented as follows:

Trailers for both Nisekoi and World Conquest Zvezda Plot were shown, each serving to give newcomers a taste of each franchise, while reminding the current fans that they should get their sorry butts over to Crunchyroll to catch the new episodes after the panel.

After talking streaming, the topic shifted over to products currently available on the market, or due to hit stores soon. Trailers were shown for each title, followed by a run-down of what’s in each package. The titles highlighted are as follows:

As Nekomonogatari’s slide finished, the crowd sat with a tense anticipation. A simple white slide labled “Special Announcements!” popped onto the screens. Finally, the new stuff, Aniplex would deliver their big flashy new titles to the world!

They certainly delivered, in spades. The first announcement was for a physical release of Servant x Service. The trailer was shown, before Metoki went over the goodies that would be bundled with the show. After this, she dropped one bombshell after another, calling out titles that fans were fiending for in the next magical season. In rapid succession, she confirmed that Aniplex nabbed Mushishi Season 2, Irregular at Magic High School, Nanana’s Buried Treasure, and Mekakucity Actors. Slides popped onto the screen, each proudly proclaiming their April air dates.

The panel closed with the usual Question & Answer session, as well as a raffle for Aniplex-themed prizes.

Anime Boston 2011: Closing, And Thanks

Sakura-Con 2015: The Life of an Animation Director