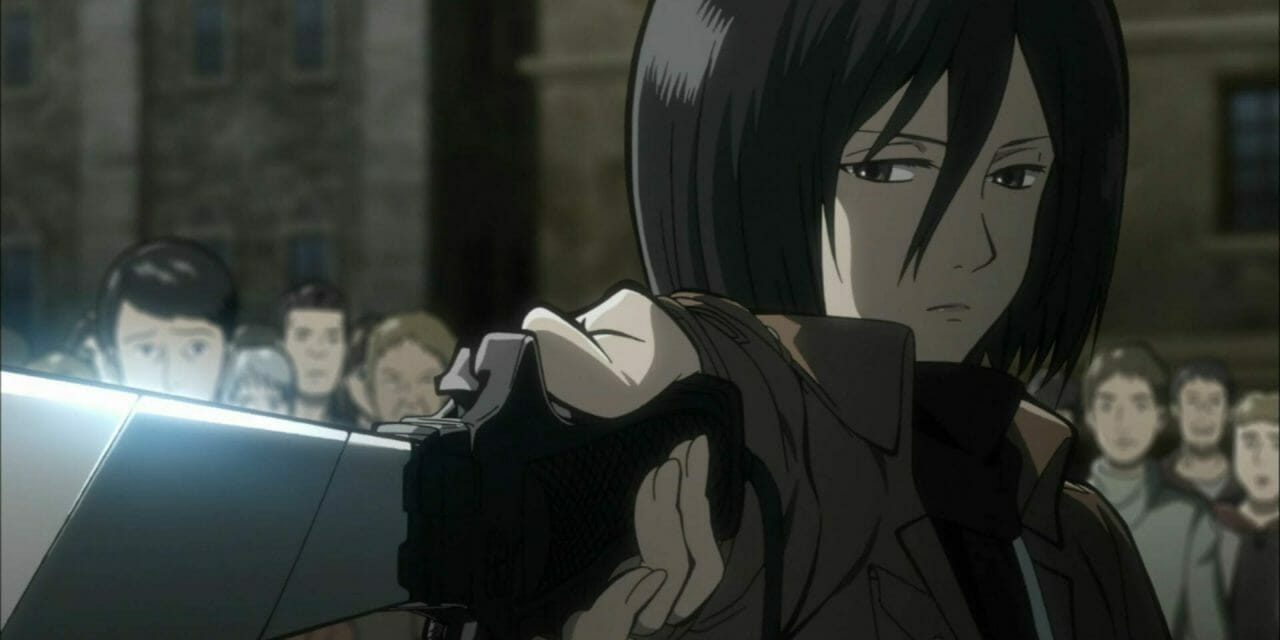 Attack on Titan fans, rejoice! The day that you’ve all hoped for has arrived.

On Saturday, Adult Swim announced that they will air Attack on Titan on Toonami. The series will make its debut on May 3 in the 11:30PM Eastern slot. Previously, this was occupied by Space Dandy, which will be kicked into the 12:30 spot to replace Naruto: Shippuden. Adult Swim and FUNimation posted a pair of promotional videos for the announcement, which are posted below:

Before we go any further, let’s not kid ourselves. Most of us expected Attack on Titan to hit Toonami at some point or another. The series is, for all intents and purposes, a phenomenon that’s swept across the anime subculture. It’s garnered high praise from everyone, from hardcore fans to those outside of the anime community. The manga titles consistently snatch up several spots on the New York Times Manga Best Sellers charts, and the anime series has enjoyed a strong spike in popularity since its debut on Netflix. Over two thousand people lined up to get a chance to see the English dub premiere at Anime Boston, and pre-orders for the show’s upcoming Blu-Ray release have enjoyed enviable positions on sites like Amazon and Right Stuf.

With that out of the way, I’m more interested in what this means for the overall Toonami lineup. According to the Toonami Tumblr, the schedule will be as follows starting on May 3, 2014:

The biggest particular change in the lineup is the fact that all programming that normally resided in the 12:30AM through Samurai Jack was pushed back by a half hour to accommodate Space Dandy’s time slot shuffle. IGPX, which normally ran at 4:30AM, was nixed from the block, while Star Wars and Sym-Bionic Titan remained in their 5:00 and 5:30 spots, respectively.

The most interesting change to the lineup is the fact that Naruto was bumped back. In its current slot, Naruto Shippuden enjoys about 1.2 million viewers each Saturday, give or take. It’s often neck-and-neck with Bleach for its overall position, to the point that the two shows trade spots regularly. Space Dandy, though, in the lead spot, absolutely wrecks both of them. The show draws an average of 100,000 to 200,000 more viewers per week over both Bleach and Naruto.

In this light, the migration makes sense. Leading the night off with the new hyped hotness will ensure a pre-baked viewership going into the block, which will (ideally) translate into a heightened residual viewership through proven consistently high performers. Ideally, this should help to delay the general drop-off that occurs through the course of the evening.

It’s still a bit early to say how the TV run will fare for Adult Swim, though enthusiasm among both the fans and the general audience seems to be running high. It will be interesting to see just how the market responds to the lineup, and whether it translates to stronger viewership in the long run.