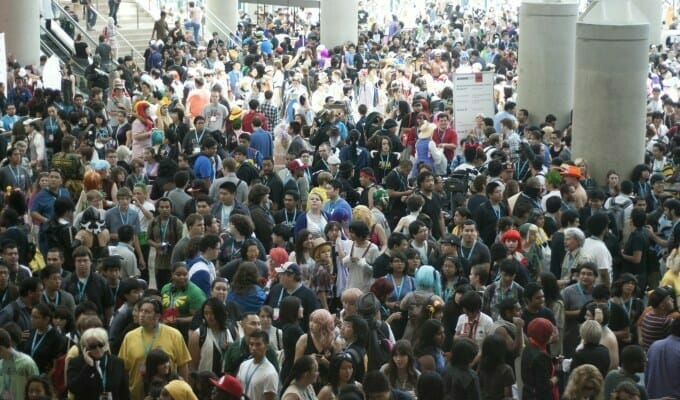 Over the past weekend, we saw yet another Anime Expo. And, with it, the industry brought their best and brightest to the forefront. Every player, from FUNimation to Right Stuf, seemed to have some big surprise prepared for the event. Dozens of news stories flooded the regular sources, as reporters breathlessly catalogued every reveal, every announcement and press release that came through the pipeline.

For the sake of organization, I’ve compiled a short list of the many news items to hit over the weekend:

In short, like every year, Anime Expo was pretty much E3 for anime fans. The event saw every player doubling down, with their strongest licenses and their most exciting reveals. The sheer volume of licenses and the caliber of the titles being revealed were nothing short of fantastic. Shows that were thought to be non-starters in the US, like Yakitate!! Japan and Azazel-san, were proudly presented among the ranks of Sailor Moon, One Piece, and Jojo. Rarities like Satoshi Kon’s stories were being announced for western release, and Crunchyroll seemed to be throwing out one addition to their lineup after another!

Personally, though, I couldn’t help but marvel at the sheer volume of reveals that Sentai seemed to dish out over the weekend. The announcements poured in, one after another, through the morning of July 5. In many ways, it felt like an evolution of the pre-bubble period, when we would breathlessly tap away at our notebooks as Dave Williams or Chad Kime, or some other company rep ran through the release lists. Only nowadays, many of us transcribed presser summaries and Twitter feed updates, as we followed the action from those actually at the show.

With Anime Expo behind us, the anime world will see a return to relative normalcy. The licensing blitzes and crazy show reveals will likely slow to a crawl, and the narrative will slowly return to the familiar realms of sales, production, and the like. While we’ll never see a total halt in acquisitions and announcements, it’s pretty clear that the time for these announcement binges and major title drops is coming to an end for the year.

Still, with Otakon just a few weeks away, we may see one last hurrah before the winter lull kicks in…