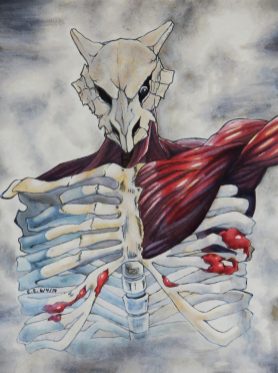 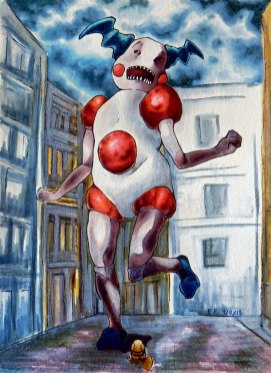 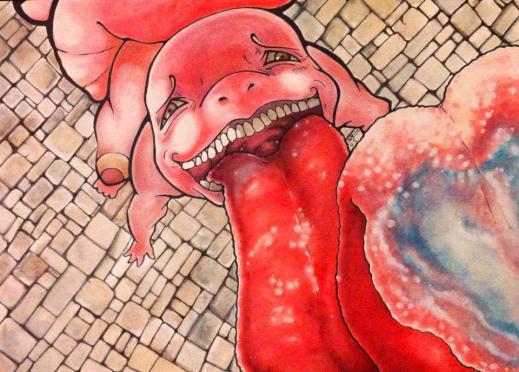 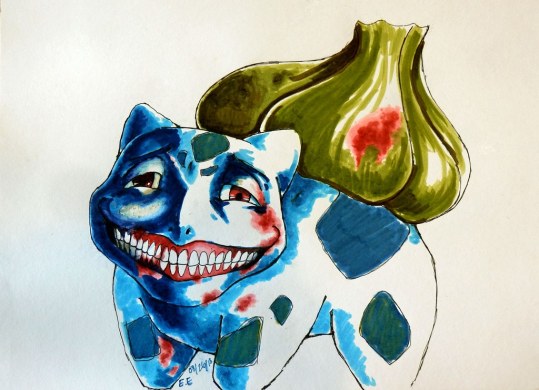 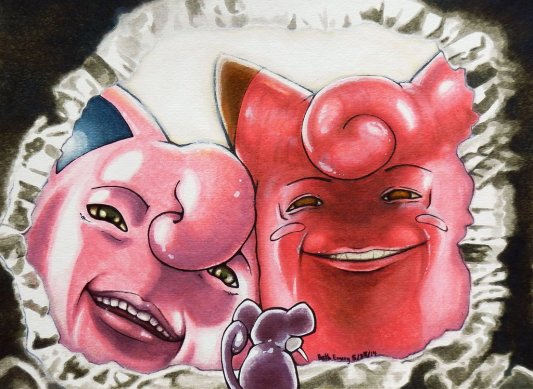 Pokémon is a charming video game series beloved by audiences young and old alike. The games place the player into the role of a young lad (or lady!), who sets out on his own to catch and catalogue every magnificent creature that inhabits the world. Then he cock-fights with them.

It’s a place where Pidgeys and Mudkips, Greninjas and Phantumps roam free, and everything just seems so damn fun all the time!

Attack on Titan, on the other hand, is a dark, disturbing thriller about people living under the threat of giant humanoids known as Titans, who roam the world and eat people. It’s a series rife with death, despair, and political turmoil, where happiness is fleeting, and nobody is really safe.

What would happen if the two world were to collide? Beth Emery (also known as Zsparky) explored the possibility in a short series, which was posted to her DeviantArt page. The result, as one would expect, is absolutely horrifying… in a good way! Whether it’s Lickitung’s gaping maw, or the piercing dead eyes of the Mr. Mime/Running Titan mix, she really captured the essence of what makes both series special and, in the process, created something truly unsettling.