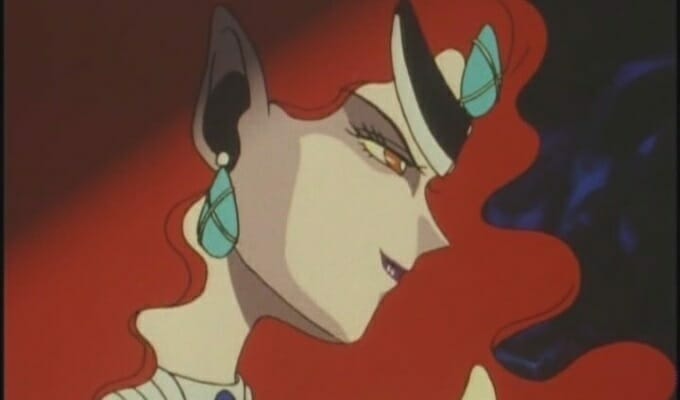 Over the past few days, Viz has been rolling out teasers for the dubbed edition of Sailor Moon. The first clip featured Usagi (Stephanie Sheh) and Mamoru (Robbie Daymond ) in their first meeting. The second saw Michelle Ruff make her entrance as Luna.

Today, though, things are a bit more sinister. The latest dub clip gives the villains their grand debut, with Cindy Robinson taking the center stage as Queen Beryl, and Todd Haberkorn as Jadeite. Robinson does a magnificent job as Queen Beryl, capturing the dark, sinister feeling that her Japanese counterpart embodied. And Haberkorn just oozes attitude.

We’ve provided the clip above, so check it out!