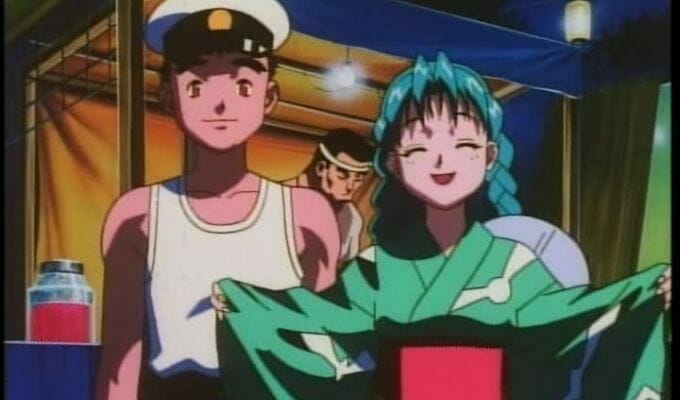 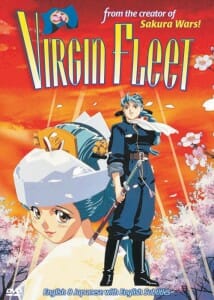 Virgin Fleet was released by Central Park Media under, you guessed it, their U.S. Manga Corps label.

The series is set in an alternate version of the 1930s. World War I had ended, and Japan is at peace. During the Russo-Japanese War, the nation was able to fend off a successful invasion with the help of Virgin Energy.

Yes, Virgin Energy. Basically, it’s a psychic power that certain gifted women can use, under the condition that they remain chaste.

Yeah… it’s one of those shows.

Basically, thanks to the gifts of a lone soldier, the Japanese Navy was able to single-handedly take down a fleet of Russian invaders, to the point that the nation stepped forward to broker a cease-fire. Since that day, the Naval Academy instituted the Virgin Fleet: a battalion of special ace pilots, all gifted with the ability to use the Virgin Energy. A special class of the Naval Academy was instituted to help find and nurture those who can use the Virgin Energy.

Shiokaze Umino (Literally “sea breeze”) is a cadet in the latest class of trainees for the Virgin Fleet. She’s a good-natured, if mischievous lady who lost her parents. Before they passed away, though, Shiokaze’s parents gave their blessing for Mao, a childhood friend, to marry their daughter under the condition that Shiokaze graduates from the Academy.

Unfortunately, for Mao, those wedding plans are going to have to wait. Shiokaze is a particularly gifted Virgin Energy user, who can harness the power of water for a number of uses, from creating projectiles to replacing entire plane parts. With magic water. And because of that, she’s been conscripted into the Virgin Fleet as its 36th member. As a member, she’ll have to face threats from inside and out as she faces off against the encroaching Russian forces, on top of bitter members of squadrons within her own military’s ranks!

Virgin Fleet is Ohji Hiroi’s attempt at a more “modern” version of Sakura Wars. The front organization, the psychic young ladies, the countless archetypes that each of the girls falls into? All drawing from the same well as the classic franchise. hell, the series even received a PlayStation game in 1999 that would try to build on the universe!

If handled well, it could have been a decent supernaturally charged dramedy series. The Great War backdrop, as well as the tense cease-fire could have been a wonderful base to build from. The idea of a all-woman dogfighting group is a fantastic concept, that’s been used successfully in titles since this hit!

And yet, somehow, Virgin Fleet drops the ball. Repeatedly.

Seriously, I don’t know where to begin. The title’s pacing is atrocious, unsure of whether it wants to be a light-hearted show or a heart-wrenching drama half the time. The show ping-pongs between serious and silly with little real time given to build either situation. The comedy is dull and predictable, with bland verbal gags and slapstick that’s telegraphed from miles away. The show’s dramatic moments tend to be hammy to a fault, with over-the-top reactions, and no lasting effects to really allow the situation to sink in with the viewer.

Characters are shallow and ill-developed, as they prove utterly unable to develop beyond their first impressions. So, rather than building two or three genuinely likable cast members, the show instead opts to throw every damn stereotype in the book, from the tough-talking yakuza girl to the sadistic nurse, at the viewer in hopes that the power of the fetish will help at least one stick. Then there’s the utterly insufferable male members of the military who go out of their way to make it clear to the audience that they feel a woman’s only place is in the damn kitchen. Even the show’s villains are generally boring, with the most striking being what is essentially a female M. Bison from Street Fighter.

Possibly the biggest sin the show commits, though, is its utter trivializing of the magic power. The fact that it’s called “Virgin Power” is laughable enough, as it ensures that half of the show’s dialogue will be peppered with characters saying “virgin”, or talking about virginity, or making jokes about losing one’s virginity. This doesn’t discount the fact that the powers themselves tend to be laughably bad in their own right.

Water projectiles and magic freaking plane parts aren’t fantastic, nor are they really exciting. They just seem to be there as a random plot device that even takes away from the intensity of a situation. When Shiokaze is shot down, we know there will be magic water wings to save the day, or that a giant wave will protect her, or something.

There’s no tension, no real benefit to these powers except as a way to create deus ex machina. It’s clumsy, heavy-handed, and generally silly in execution.

The show’s dub, at the time, pulled in a decent amount of heavy hitters. Lisa Ortiz, Jessica Calvello, and Crispin Freeman all had enviable portfolios at the time, and were known for their work in a number of fantastic dubs at the time. So, maybe, hopefully, Virgin Fleet could be saved by this, right?

The show’s dub is horrible to the point of comedy. There are enough clumsily written lines and stilted deliveries that Garzey’s Wing has competition for its “best bad dub” crown. The accents are inconsistent and generally terrible, and the voices themselves rarely match their characters. The entire performance feels like an irredeemable waste of good talent.

Virgin Fleet is one of those titles that is genuinely painful to watch. There are, quite literally, no redeeming factors to this feature.

That said, it’s the perfect show to really set the mood for an evening. The terrible dub will deliver a number of sardonic laughs from an audience, though the real attraction is the “Virgin Factor.” The fact that the word is said so many times through the course of one 30-minute episode will open a number of fun possibilities. Drinking games, word games, general mockery of the utterly idiotic concept… it leaves a lot to a creative presenter!

Virgin Fleet is best used as an icebreaker show. Opening your evening with an episode of the series will really allow that sense of dread to set into the audience. As a mid-evening show, it does a fantastic job of keeping the evening’s tone light, while delivering a spectacle that’s not unlike a car crash in slow motion.

That said, though, I would suggest turning it into a game if you plan to open the night with it. I’ve actually had people leave after screening this straight.

For the length, never show more than one episode per evening. Going through more can really spoil the atmosphere of the event. 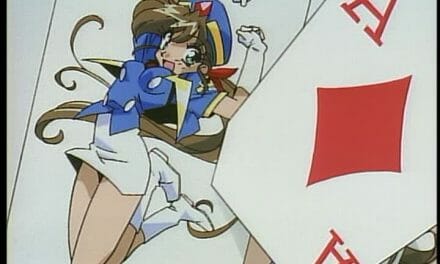 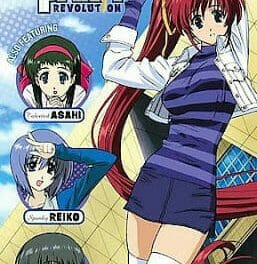 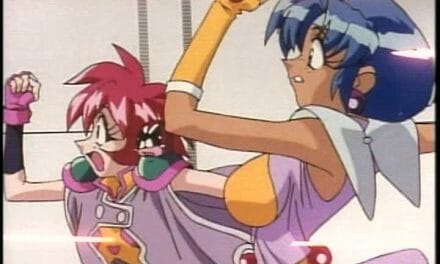 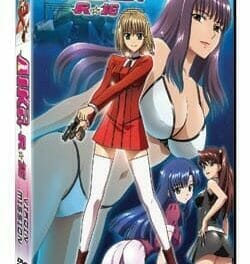