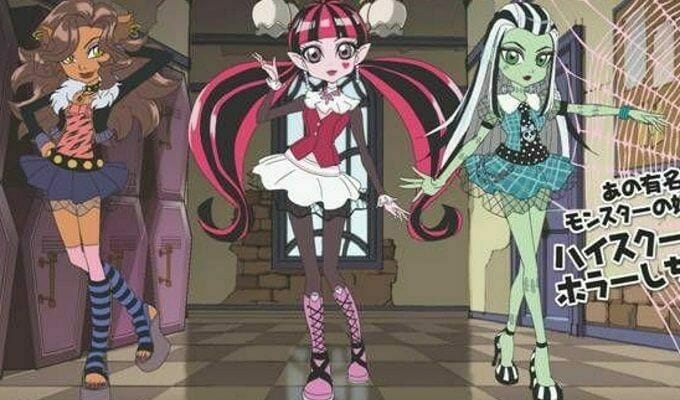 Don’t you want to be a monster too? 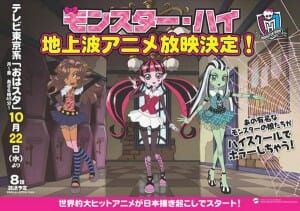 Earlier today, Mattel announced that their popular Monster High franchise will hit Japanese TV on October 22. The news was broken via an announcement on the official Japanese Twitter page for the brand, as well as via a blog post.

With that out of the way, what the hell is Monster High, and why do we care?

Monster High is a franchise from Mattel, which is based on their line of fashion dolls of the same name. Basically, they’re Barbie dolls, with a monster-ish twist. Characters draw from popular (and not-so-popular) beasts of legend, from Frankenstein’s Monster, to Dracula and the Creature From the Black Lagoon. Only, well, they’re high school students.

Since its introduction in 2010, Monster High has grown into an empire for Mattel. In addition to the core dolls, the property now hosts scores of merchandise, from to clothes and accessories, to video games, to cartoon shorts, CGI specials, and a Hollywood movie due in 2016.

It’s a franchise with a dedicated niche, whose customers range from young children to hardcore adult collectors. In the North American market, it’s not uncommon to see certain dolls top the $300 mark.

Where our interest comes in, though, isn’t the dolls, the merch, or the CGI flicks. Instead, we’ll be focusing on the animation that’s spawned from the franchise. The webisodes in particular are a series of short Flash cartoons, which tend to be comedic in nature. They’re essentially made of up three components: a setup, a joke, and a punchline.

Since March 15, 2013, Mattel’s Japanese YouTube channel has been publishing episodes of the series, dubbed in Japanese. These haven’t really set the charts on fire, and average about 8,000 – 12,000 views per short. In comparison, a North American equivalent will rake in about 1-2 million overall views. Hell, even random Miku Miku Dance videos clock in more viewers than the average Monster High short.

Similarly, the dolls, which have a fierce collector’s market in North America, are relatively ignored in the land of the rising sun. So, to see Mattel commissioning original anime episodes for the franchise strikes me as interesting. 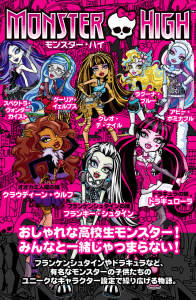 At a glance, this seems like a fool’s errand. To try to buy one’s way into a cold market would be silly at best, and reckless at worst in many cases. This is particularly true in red-ocean markets like the one that consumes fashion dolls. Many could argue that Mattel are simply tilting at windmills by throwing money at a franchise that has little chance of growing in the east.

And, were this a typical case, they’d be right. What makes this particularly fascinating is the fact that Mattel is really getting down to the nitty-gritty with Monster High. They’re showing a commitment to growing the brand by tailoring their image and message to the Japanese population. And, in doing so, the company’s constructing a new marketing message, while retaining many of the familiar hallmarks that were established already. If executed properly, Mattel could land in a sweet spot, which reels in a more mainstream audience, while retaining the customers that are already attached through the past year’s efforts.

At the same time, Mattel is creating new content that can be marketed in their more mainstream markets. Specifically, the company’s creating content that will sell to a different audience than their enthusiast fans in the west, who may not see much appeal in the (pardon the pun) Barbie-doll features of the original style.

At the same time, the established enthusiast market will undoubtedly consume any episodes produced, as well as the related merchandise that will inevitably be released with them.

For Mattel, this venture into Japan is a risk worth taking. Due to th size of the established western base, the company can mitigate losses by releasing their foreign products in domestic markets. But, at the same time, the company is taking valuable strides toward creating a customer-base in a market that would normally be hostile to the product. The consequences of failure are fairly low and, with a successful re-launch, Mattel could easily recoup their investment with interest. How the actual release will go has yet to be seen. And, with three weeks left until the première, it’s still anybody’s guess as to how the Japanese market will react. 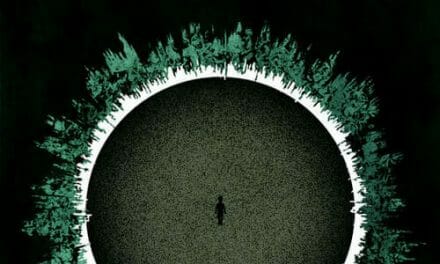