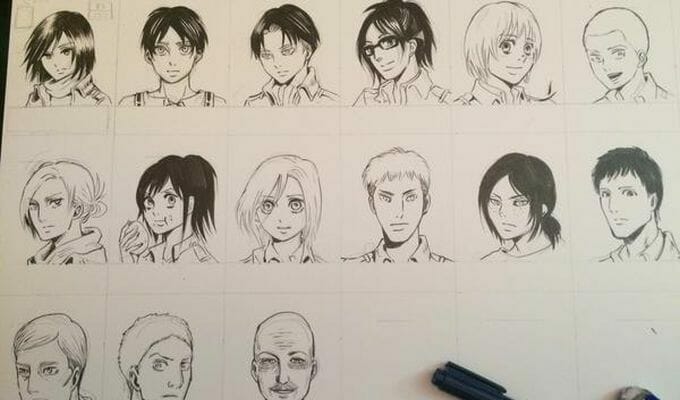 Attack on Titan is a rare title that’s able to really reach out and grab people. Its blend of fantastic characters, a well-told story, and a concept that just sounds freaking cool is enough to really draw people in.

The clean, simple visuals are appealing, and the characters themselves are simple, but brimming with personality and charm.

Apparently, Princess Jellyfish creator Akiko Higashumura agrees. Recently, the artist tweeted a series of images that she drew for the Attack on Titan trading card game. Everyone, from Eren to Levi is present in a style that’s both familiar and entirely Higashumura’s.

She noted that, while drawing the characters, she gained an appreciation of the vivid personality and humanity in Attack on Titan creator Hajime Isayama’s designs. Higashumura stated that her work doing the card designs became a study, rather than just a replication. She also mentioned that her favorite character was Erwin, without question.