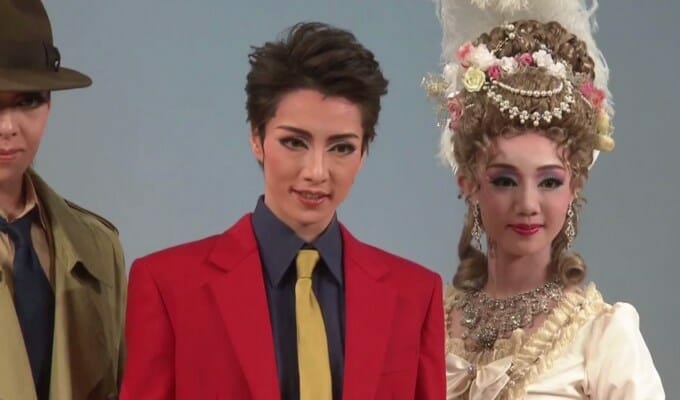 In Japan, the Takarazuka Revue is a bit of a thing. Founded in 1913, the all-female musical theatre troupe has become a leader in its field, quickly becoming one of Japan’s most prized cultural institutions.

Their shows are the stuff of legend. The gorgeous, impeccably produced blends of drama and song are an experience that many will talk about for their entire lives.

Their work has been influenced by manga and anime, as they’ve adapted Rose of Versailles, Black Jack, and countless others. At the same time, the Takarazuka Revue has also influenced the anime and manga world. Osamu Tezuka famously created Princess Knight, the first shojo manga, using the Revue’s works as a template.

The Sakura Wars franchise borrows heavily from the world of the Revue, using the concept of the all-female theatrical troupe as its driving force. The titles embrace the world of the troupe, going as far as to use the famous divisions (Hanagumi, Tsukigumi, Hoshigumi) as core structures in the Imperial Defense Troops.

Sailor Moon‘s Haruka and Michiru were loosely based on actors of the Revue, and Ouran High School Host Club‘s Zuka Club isa  direct homage to the group. I could keep going, but we’d be here all day.

Next month, the Takarazuka Revue will again touch upon the anime and manga world, with a production that adapts Monkey Punch’s . The play, which will be performed by the Yukigumi (“Snow Division”), is titled Lupin III -Chase the Queen’s Necklace-. It will star Seina Sagiri as the titular Lupin. Miyu Sakie will take the leading female role, as Marie Antoinette. 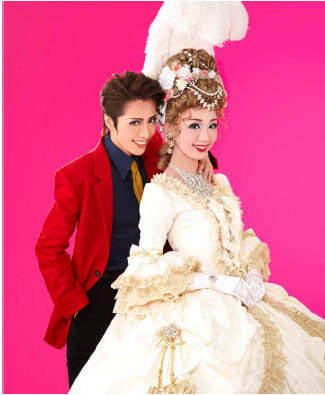 The production will run from January 1, 2015 to February 2, 2015 at the NTT Higashi Nihon-NTT Nishi Nihon Flets Theater in Tokyo. Tickets are currently on sale, with SS being the most expensive, and B being the most affordable. The price breakdown is as follows:

In addition, there will be a one-time show by the shinjikoen, which is comprised of younger actresses, with a lower price point. The prices are as follows:

As of press time, SS seats for all shows are sold out.

After its initial run, a second set of shows will be performed at the Tokyo Takarazuka Theater from February 20 to March 22.

To promote the show, Ticket retailer Ticket Pia began streaming a promotional trailer for the show.

Text: The new Yukigumi in Takarazuka’s 101st year begins.
Seina: I’m Seina Sagiri of the Takarazuka Kageki troupe’s Yukigumi. Lupin III- a television anime that has gained popularity all around the world- is being adapted into a stage play filled with romance and adventure by the Takarazuka Kageki troupe.
seina: I’m honored to play Lupin, the main character of Lupin, a work which all Japanese people know.
Miyu Sakie: I love Lupin III, and when I remember I’m going to be acting in a Lupin III play, I get so excited.
Text: The next treasure is Marie Antoinette.
Seina: Fancy Guy! will be a work that marks the start of the new Yukigumi, and shows off the beauty of male roles. Everyone, please come and see the shows!

From this early look, the production appears to be a fine way to kick off the Revue’s 101st year. The costumes are amazing, the talent is top-notch (Seina Sagiri and Miyu Sakihi are the top male and female performers in the Yukigumi, respectively). It will be interesting to see how things turn out once the first show opens, and reactions begin to hit the web.

Update: 12/7/2014: It appears we read the wrong pricing chart when we prepared the original article. We’ve corrected this, and added more clarity regarding ticket prices.