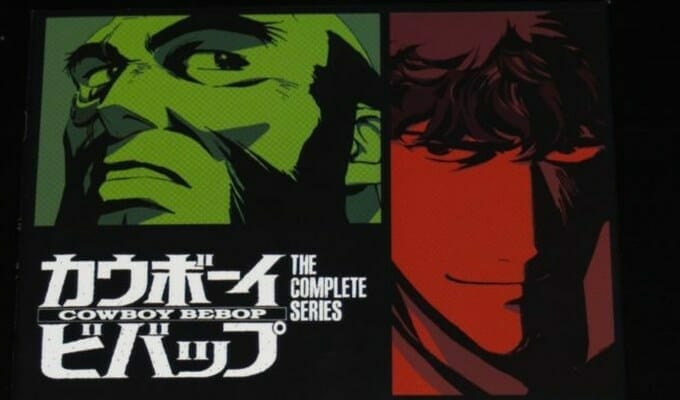 Since its début in 1998, Cowboy Bebop has long been a staple among western anime fans. The show’s combination of strong characters, engaging plots, slick animation, and a truly memorable soundtrack ensured it a spot on the short list for a lot of viewers. It’s a quick recommendation to newcomers to the hobby, and an easy pick on those nights when nothing comes to mind as a “must-watch” show.

Until the company closed in 2012, Bandai was the distributor for Cowboy Bebop in North America. It was a jewel in the company’s crown, that proved to be monstrously popular. The show was plentiful on store shelves, and a fixture in collections.

When Bandai closed, the show’s supply dried up. Values inflated rapidly, surpassing $200 and, at times, $300 for a complete collection.

Cowboy Bebop made its re-entry to the market on December 15, 2014. FUNimation offered the series in three flavors: A standard edition, and two limited editions. Of the two limited editions, one was exclusive to online retailer Amazon, while the other only available on the FUNimation store. We received our copy of the Amazon edition recently, and felt that it absolutely warranted a full teardown.

Cowboy Bebop‘s Amazon exclusive consist of the release, and two art books that ship in a clamshell case.

The clamshell is made of chipboard, and features the four cast members, presented in monochrome, each set before a different colored background. The logo is presented in black & white, centered vertically on the left side of the case.

The back of the box features various pieces of character line art, with each character using line colors that correspond to the front cover.

Inside the shrink-wrap, this design is covered by a paper insert, which describes the show and release specifications. The left side of the slip contains images from the show.

Inside the case, the discs and art books are packed together. The discs are packed in a 9-disc Blu-Ray case, and feature the same portraits from the chipboard cover, lain out horizontally in a wrap around the case. The episode list occupies the back of the bottom half of the back of the case.

This is a reversible cover, with the interior-facing side containing four character portraits set against silver reliefs. A red band segments the cover into two distinct halves. Eagle-eyed fans may notice that this design matches the one used for Bandai’s “Anime Legends” release of the Cowboy Bebop Remix collection.

The discs are given a design that resemble a vinyl record. They contain a black outer circle, and a colored inner circle, with a white section that contains the disc number and episode listings.

Curiously, the discs are actually packaged with the Blu-Rays occupying the back of the case.

Of the two art books, one is presented in black & white, the other in color. Both are presented in matte format, with thick pages.

The black and white book, which features a shaded sketch of Spike on the front cover, is 140 pages long. The book contains line art and production pieces from the show, including character sketches, location art, and mechanical designs.

The color book, which again modifies the art from the clamshell for its cover, features pieces of key art, eyecatches, and other random pieces. This tome is 48 pages in length.

Due to our lack of a Blu-Ray drive, we sadly do not have screens for the Blu-Ray menus.

Both the Blu-Rays and DVDs for the set contain a different look & feel in their menus.

The Blu-Rays feature a simple menu, with white choices lain in front of a red background. The menu name is set to the left side, presented as white text on a black background. The menus are set on a short video clip that features “Cowboy Bebop” scrolling vertically as colors and musical selections change.

The one change to this design comes in the Languages menu, in which choices are set against a black background.

The DVD menus feature a different overall presentation. The front menu features a monochrome piece of key art of one of the main characters, set against a solid color. the left side of the screen features the show’s logo, disc number, and menu items set against an image of a vinyl record. The show’s opening theme Tank! plays as a musical accompaniment.

The episode menu features a monochrome piece of key art set to the same color as the front menu. The episode list is displayed to the right of the art. The menu background is designed to look like a worn record cover. The Language & Extras menus use the same layout and artwork as the Episodes menu.

The Amazon Exclusive edition of Cowboy Bebop is the closest thing to a definitive release we’ve seen to date. The gorgeous video and audio quality are a treat, and the overall presentation is both functional and attractive. The box is well-constructed, and the extra books are well constructed and lain out in a way that’s simply a joy to flip through.

The English dub is the one we’ve all come to know and love over the years, which will be welcome news to those who fell in love with the performances by Steve Blum’s Spike, or Wendee Lee’s Faye.

The entire package is a high-quality, attractive product that would be welcome in any collector’s library. 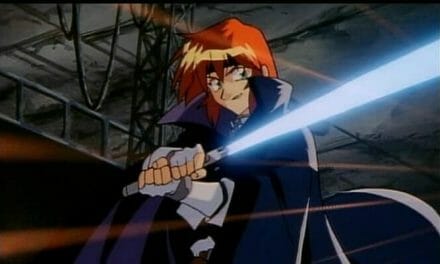 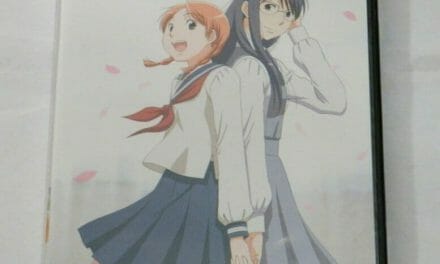 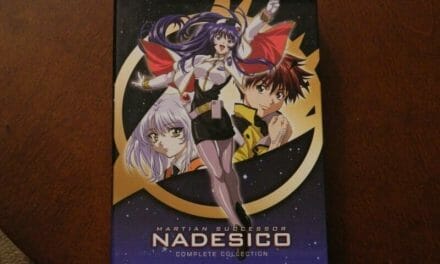