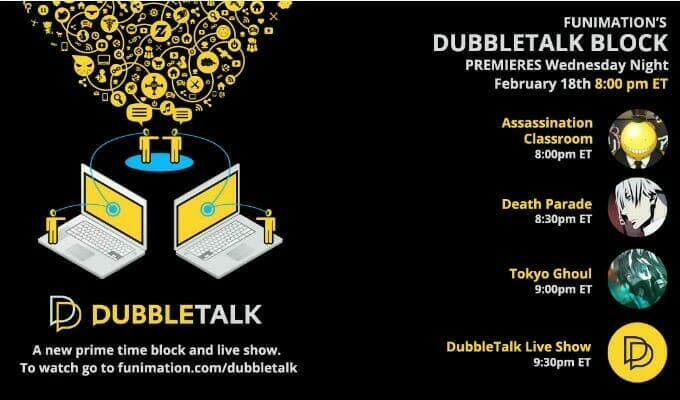 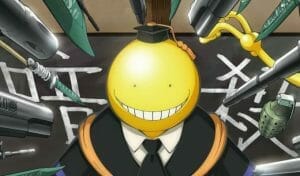 Assassination Classroom will lead off the second season of FUNimation’s Broadcast Dubs program.

Three months ago, FUNimation made waves when they unveiled their Broadcast Dubs Initiative. Much like with Space Dandy, the company would dub select shows as they air in Japan.

The service, which was only available to FUNimation subscribers, kicked off with Psycho Pass 2 and Laughing Under the Clouds. There was still a lag between the shows’ première dates and the dub launches, but it was a generally sensible compromise.

Apparently, the initiative paid off in a huge way. FUNimation CEO Gen Fukunaga commented that “[t]he overwhelmingly positive response to Broadcast Dubs and the performance of the first two series — PSYCHO-PASS 2 and Laughing Under the Clouds — made it clear that we’re on the right path. We realize that this is where the future is headed.”

Last night, the company announced that they are doubling down on their Broadcast Dubs program. A total of ten shows will be dubbed this season, with the first three slated to début on February 18. You can check the entire schedule below (all times Eastern)

It’s an impressive lineup, for sure.

FUNimation Executive Vice President & Chief Operating Officer Mike DuBoise was bullish on the expansion, stating that “We’ve listened closely to our fans and have made changes in both our content offering and technical streaming experience. Broadcast Dubs, combined with our Sub Pass, tent pole titles, industry leading library, and technical improvements, have really accelerated subscription streaming growth. We’re committed to giving our fans more anime and more ways to watch.”

When I first reported on Broadcast Dubs, I called the program a coup for FUNimation. By dubbing current shows, FUNimation opened their streaming service to an under-served market.

In English, outfits like Crunchyroll or Daisuki, which focus mainly on subtitled content, created a gap that would be difficult to fill. While these services got shows to fans quickly, there is still a giant group of fans that hate the very idea of subtitles, or put up with subtitled content as a necessary evil.

FUNimation’s ability to dub shows as they air offers the best of both worlds for this group. They now have a place to catch the newest shows in a format they prefer. At the same time, FUNimation lays the groundwork for physical releases, while gaining valuable viewer data at the same time.

Also in the announcement was the announcement of a new streaming talk show known as Dubbletalk. The 30-minute live series will be hosted by FUNimation’s Justin Rojas and Lauren Moore, as well as ScrewAttack‘s Chad James. The show will include a number of segments, which include episode recaps, fan Q&A segments, guest appearances, and contests. 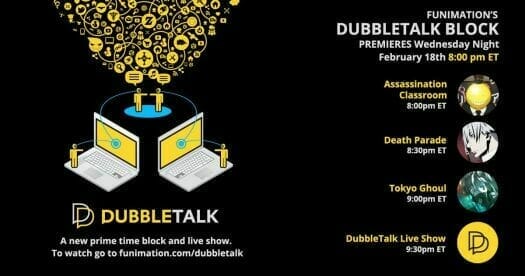 Dubbletalk will be a 30-minute streaming talk show by FUNimation and ScrewAttack.

In regards to Dubbletalk, Justin Rojas noted that “[w]e really want to provide an outlet for our fans to come and talk with us about the shows they’re watching right now.”

Unlike the new Broadcast Dubs titles, which require FUNimation’s All-AccessPass subscription, Dubbletalk will be a free show that streams on Twitch and FUNimation’s website.

In many ways, this isn’t too different from Nintendo with their Nintendo Direct line of web programming. It’s smart marketing, and a potentially effective way to reach out to audiences new and old.

With the success of the Broadcast Dubs program, eyes will be on the rest of the streaming groups as they step up to compete. There’s little doubt that industry players have been watching since FUNimation’s initial rollout. How they’ll stand out though, will remain to be seen. But, given the potential cash at stake, I don’t doubt that we’ll see movement sooner rather than later. 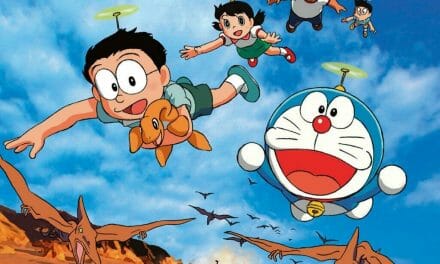