Happy Spring, everybody! This weekend, AnimeJapan has the anime world buzzing. New shows, new details on upcoming shows, and more have had commentators and fans alike incredibly busy!

But here in the AniWeekly world, we’re all about taking things a bit slower. So sit back, grab a snack, and take some time to check out the best of the anime web!

One punch to rule them all! Over the weekend, the first cast and crew details for the One-Punch man anime series were announced. The series will be directed by Space Dandy director Shingo Natsume at Mad House.

On the casting end, Makoto Furukawa will fill the role of Saitama, and Kaito Ishikawa will play Genos.

Fullmetal Arslan. A new trailer for the anime adaptation of Hiromu Arakawa’s Heroic Legend of Arslan made its way online. It’s shaping up to be a truly gorgeous series.

Will Noa fly again?! The official Shirobako Twitter account announced that the “show within a show” Third Arials Girl Squad will have its first episode animated for the Shirobako volume 7 Blu-Ray release. This will be a beefy extra, clocking in at a full 24 minute run time! 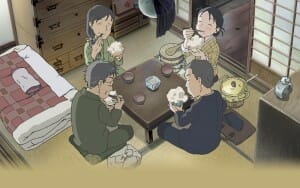 Oh, what a FATE! Fans of Fate/stay night attending Sakura-Con will be in for a treat! The convention will host the United States première of the second season of Fate/stay night: Unlimited Blade Works on April 3, at 7:00PM Pacific.

Everybody’s Super Sonic(o) racing! Fans attending Anime Matsuri will be able to preview Sentai Filmworks’s dub for SoniAni: Super Sonico the Animation.The company signed cosplayer Jessica Nigri to play the role of leading lady Sonico, which they announced in a teaser in January.

The guardians are a busy bunch! On Monday, the Manga-Anime Guardians announced that they destroyed 700,000 illegal anime and manga files over the past five months. The group targeted online video and manga distribution sites, as well as torrents and storage sites in their search.

It’s over 9,000! FUNimation announced that they licensed Dragon Ball Z: Resurrection ‘F’. The company will work with Toei Animation to host a theatrical premiere in Los Angeles on April 11.

We’ve got a Free!quel, here! Earlier today, the official Free! Twitter account revealed that the prequel, High Speed!, will receive a theatrical film adaptation. Little is known at this point, aside from the fact that the film will open in Japan on December 5, 2015.

Yowapeda? I hardly knew ya! In addition to High Speed!, we received an announcement that Yowamushi Pedal will get a theatrical film this summer. Wataru Watanabe, who created the series, is being tapped as a writer.

Happy birthday, Yumeka! Mainichi Anime Yume’s Yumeka recently celebrated her 29th birthday. And, with that, she wrote a short piece about the challenges of growing up, and the path that lay before her.

Old, but not forgotten. Whether it’s Akira, Ghost in the Shell, or even Spirited Away, fans are bound to miss those titles that the community deemed “classics” at some point. As time goes on, more of these former “must-sees” are just being left by the wayside by incoming generations of fans.

Does that mean we should forget about them, though? Lauren from Otaku Journalist published a compelling read that argues that, while a bit aged and antiquated in parts, we really shouldn’t shy away from watching these titles. They’re part of our heritage, as fans, and there’s a great reason as to why they’re talked about today.

The nature of the darker sides of fan lingo. If you frequent message boards in any real fashion, it’s pretty easy to notice that some of the terms used to identify people could easily be construed as offensive. It’s a self-deprecating form of labeling that’s quite fascinating. Ogiue Maniax takes a look into this rather offbeat evolution of fan terms.

We’re getting all Shinbo up in here! it’s a bit of a shameless plug, but in the latest episode of the Nerdy Talk podcast, we sat with Otaku Review‘s L.B. Bryant to discuss the career of  director Akiyuki Shinbo.

We talk up Shinbo’s career, from The SoulTaker to Puella Magi Madoka Magica, and how the director’s style grew and evolved over time.

Plus, we find out that Mike really hates Madoka Magica!

The Monthly Girls’ Nozaki-kun theme is a fun, bouncy piece with a fantastic energy to it. However, how well would it work in, say, a classic game soundtrack? YouTuber TheMusicianGamerOtaku decided to find out, with a pair of remixes of the song. One plays out in 8-bit NES style, while the other gets a bit fancy, with a 16-bit midi. 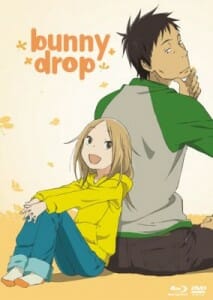 This week, we’re actually presenting a show recommendation. Bunny Drop is one of a touching, beautifully-presented series from Production I.G. that flew under many fans’ radars.

The series revolves around Daikichi, a 30-year-old single man whose life is forever changed by the loss of a family memeber (and the addition of another). At his grandfather’s funeral, Daikichi learns that the old man had an illegitimate child with a younger mistress. The family is shocked and embarrassed by the revelation, and wants nothing to do with the child.

Daikichi, though, decides to step up and do something. In a moment of anger, he takes the girl in himself. As Daikichi and the girl embark on this new life, Daikichi comes to understand the struggles of parenting, and what it really means to be an adult.

It’s a gorgeous, touching series that really deserves a look. To quote Luke Carroll of Anime News Network, “Usagi Drop will make you want to be a better person, it will inspire you to do better.”

NIS America’s release is well-presented, with gorgeous video quality, and a gaggle of extras. It’s a fantastic edition of a truly wonderful series.