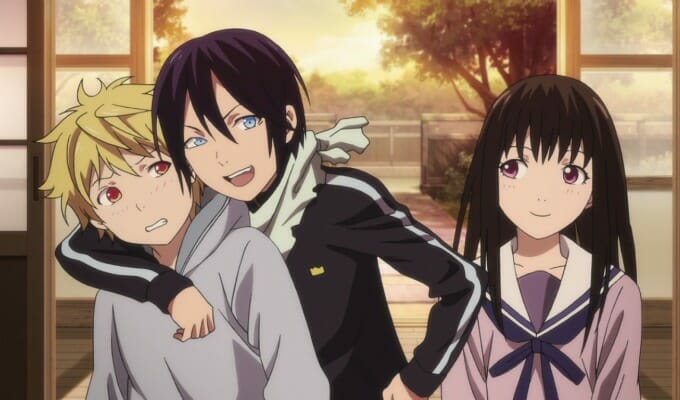 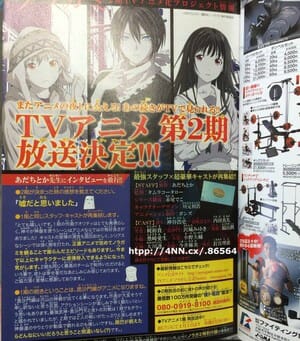 The latest issue (May 2015) of Kodansha’s Monthly Shonen Magazine announced that a second season of Noragami was greenlit for production. The new season will bring back the staff and cast from the original run.

Kotaro will return to direct the series at BONES, with Deko Akao handling series composition and Toshihiro Kawamoto on character designs.

FUNimation currently holds the North American rights to the first season. It’s available both on DVD, and streaming outlets including Netflix and FUNimation’s own platform.