Yesterday, the staff of the Ninja Slayer anime series revealed new details on the upcoming series at a screening event.

Ninja Slayer, which makes its début on April 16, will run for 26 episodes. Each episode, which will have a 15-minute run time, will be followed by a supplementary variety show, titled Ninja Slayer x Music x Entertainment.

King Records also began streaming a trio of Ninja Slayer trailers. The first is a 167-second teaser for the series:

The other two trailers consist of a two-minute merchandise ad, and a 30-second English promo for the show proper.

The first DVD and Blu-Ray for the series will hit Japanese stores on June 24. It will include the first eight episodes of the series, event footage, as well as the following extras:

Fans who pre-order the first volume will also receive a B2-size poster. Retailers like Gamers and Animate will have store-exclusive bonuses.

While remaining Blu-Rays don’t have release dates, the goodies for each Limited Edition were confirmed to be as follows:

Ninja Slayer will stream in over 20 countries when it makes its début on April 16. FUNimation holds the streaming and home video rights for the series in North America. 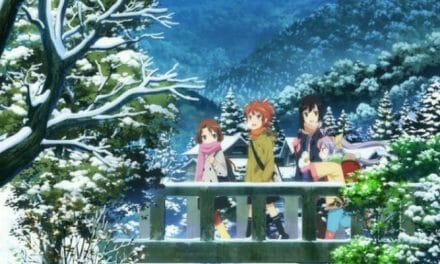