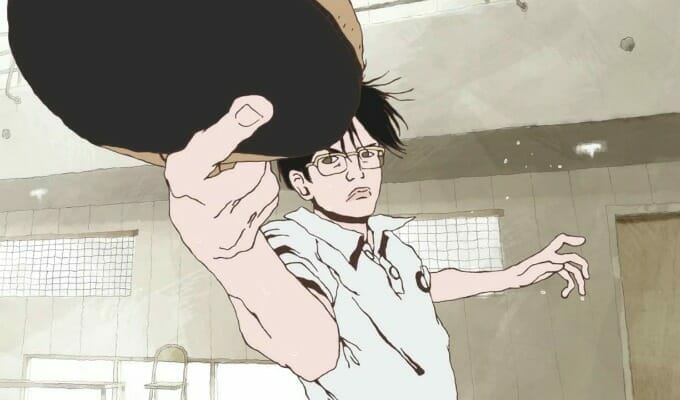 When is a game, more than a game? When it’s freaking Ping Pong!

Earlier today, FUNimation released a trailer for the dubbed edition of Ping Pong the Animation. The 3-minute trailer is the second promotional video for the show’s dub, the first of which hit the web on April 30.

Ping Pong the Animation is based on Taiyō Matsumoto’s Ping Pong manga series, which ran from 1995 to 1997. The series was animated by Tatsunoko Production, and directed by Masaaki Yuasa (The Tatami Galaxy, Kick-Heart).

Ping Pong originally aired on Fuji TV’s Noitamina block in the spring 2014 season. FUNimation currently holds the rights to the series, and streams it on the company’s platform. DVD and Blu-Ray releases will hit retailers on June 23.

The full English cast for Ping Pong is as follows:

Christopher Bevins served as director, while Alyssa Galindo backed him up as Lead ADR Engineer. The show’s dub made its première at this year’s Anime Boston.

You can check Ping Pong‘s first dub teaser below: