Arslan’s heroic tale will be one that inspires a dynasty… Warriors! 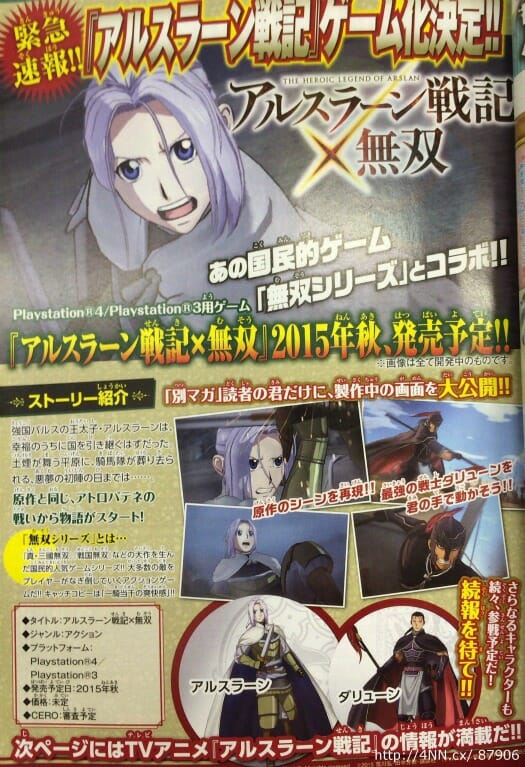 The game will recreate scenes from Hiromu Arakawa’s manga, with the story beginning at the battle of Atropatene. Currently, only Arslan and Daryun are confirmed as playable characters.

Koei’s Musou series, which includes the Dynasty Warriors, Samurai Warriors, and Warriors Orochi franchises, first kicked off in 1997 on the Sony PlayStation. Since its inception, the series has become a cult favorite that has gone on to sell over 18 million copies.

In recent years, the Musou franchise has played host to a number of collaborations that include Mobile Suit Gundam, One Piece, The Legend of Zelda, and Dragon Quest.

Hiromu Arakawa’s The Heroic Legend of Arslan is based on Yoshiki Tanaka’s fantasy novel series of the same name. Currently, three collected volumes are available.

The Heroic Legend of Arslan anime series began airing in April. FUNimation currently holds the license to the show, and streams it on their digital platform.