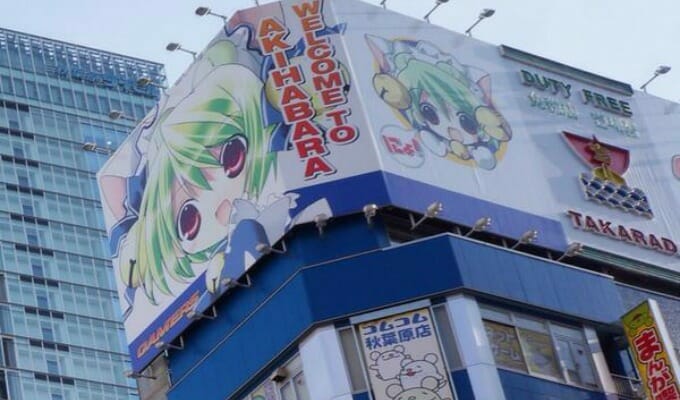 No matter how you slice it, Akihabara is a colorful place. The countless signs and storefronts compete for the eye, creating a living, breathing collage of pure fan adoration. Whether it’s the glowing blue and white of the Sega Game Center Akihabara logo, or the beckoning billboards that seem to crawl up the face of the Sofmap building. 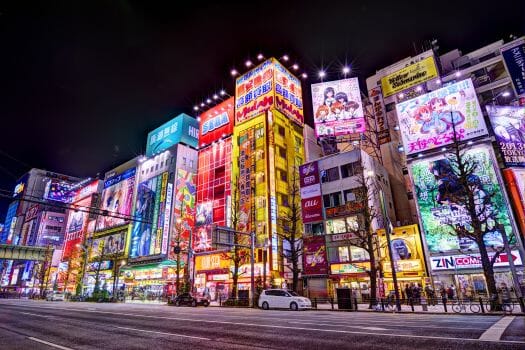 Since the early days of the millennium, Gamers has been welcoming fans to the district with a bold billboard featuring franchise mascot Dejiko (of DiGi Charat fame), along with a simple message: “Welcome To Akihabara.”

Despite it being an advertisement, the billboard became a fixture of the strip, and seemed to just make the scene seem that much more inviting and friendly. 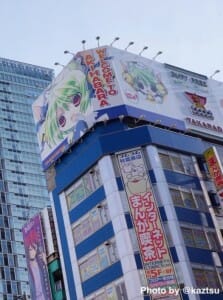 Unfortunately, all good things must come to an end.

Last night, social media caught wind that a change was coming to the Akihabara scenery. A latticework of scaffoldings were set up around the billboard, and crews were hard at work.

Within a day, Dejiko was no more. Her gleeful smile was replaced by an advertisement for Takarada, a Duty Free electronics shop that shares the building with Gamers.

It’s sad to see this finally fade from the Akihabara landscape. But, such is the cost of doing business in the world today. As time marches forward, the sights and sounds we’ve come to cherish will inevitably fade. New trends will arise, which Akihabara will evolve to welcome and nurture, just as it has for decades.

In the Interest of Full Disclosure…